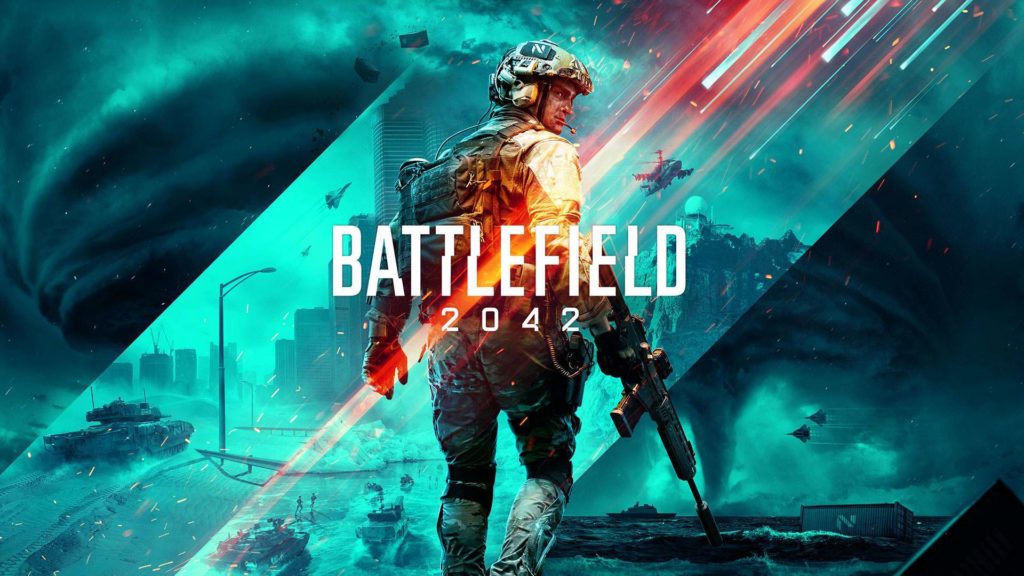 Sometimes I write long reviews to really capture my thoughts when playing games, and sometimes a game like Battlefield 2042 comes out allowing me to write a super short review.

This game is awful. I never played Battlefield to create content or get competitive with it, I played it because it was the more insane action-packed first person shooter on the market. It did something Call of Duty never attempted, and that was create epic large scale battles that lasted for nearly 30+ minutes a MATCH, giving you the power of using pretty much any sort of weapon, vehicle, or tool you wanted to absolutely mess stuff up.

Battlefield 2042 decided to focus so much on stupid massive maps and specialists that… well, don’t really matter, that it completely took away from what Battlefield was to so many of the fans. I’ll try to speak SOME positives into this review, but I’m on the side of most when it comes to this game… which is that it’s just not good. 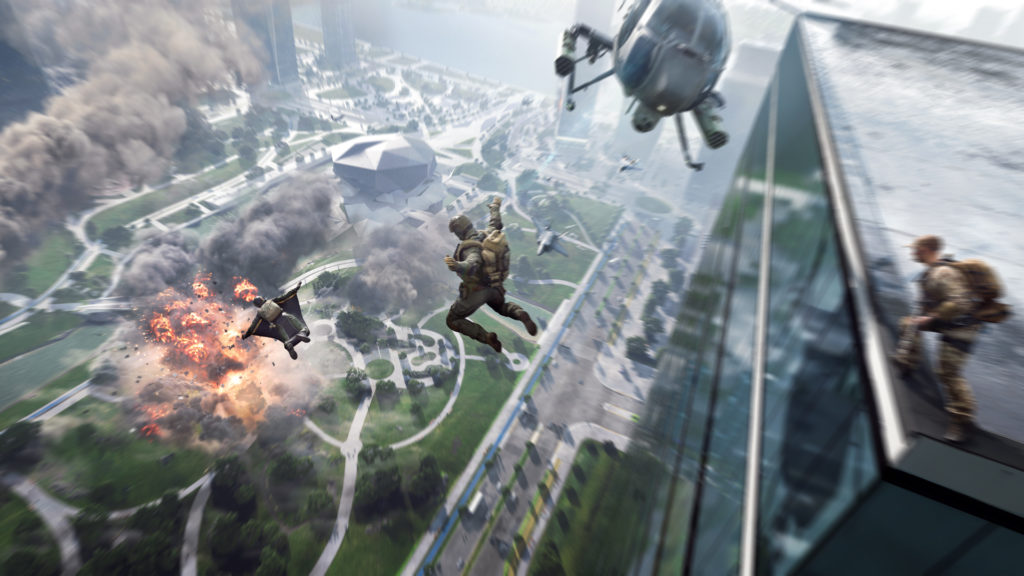 Thank GOODNESS of Xbox Game pass including EA Play in there, cause that saved me the $80 of buying this game right out. In total, I’ve played around 25 hours of Battlefield 2042, and the funny thing is that it was ALL before it came out, because I suppose they really believed that releasing it early would give it good publicity or something. For me, it just helped me click the refund button over on Steam.

This game is a buggy mess. It’s by no means a Fallout 76 or Cyberpunk at launch, but it’s bad. Somehow they managed to just go back 20 steps here, and to list a couple things:

As a hardcore Battlefield fan, playing literally every single game since 1942, this game just feels bland, boring, and dated, even though it JUST came out. There’s none of the amazing evolution that made Battlefield 4 stand out (just one thing amongst the heaps of things that made 4 great). There’s no good progression, just super generic customizations that you couldn’t care less about. And finally the maps…

I needed to start a new paragraph about the maps here, because this is the biggest letdown ever. When they teased “The biggest most advanced Battlefield” back at the launch of the new next gen consoles, I was expecting the most detailed Battlefields imaginable. Fighting across totally destructible Los Angelos. Laying siege to heaps of aircraft carriers entirely oversea. Desert landscapes filled with ruins for cover and large towns ripe for the taking. But instead we got some of the most uninteresting and lackluster maps you could think of.

I kid you not when I say there’s a map that is a big broken boat sitting in the middle of a big flat swamp with a couple buildings around it, none of them destructible of course. There’s a map that’s a big flat area with a border crossing. A map with a bunch of sand dunes and boring buildings with no detail or reason to exist besides they let you ride the elevator. And there’s a map with TWO massive shipment areas and a hill in-between them. Not like the classic Battlefield 3 shipment map, but rather one with no purpose or reason, just a senseless and boring fight for a hill. The maps lack creativity and the more you play them, the more you start to notice the lack of care that went into making any of these locations feel special.

They did, however, add in some weather changes and a tornado that look pretty cool. When they happen every 5 or so rounds you play. Think I’ve seen the tornado about 4 times in my 25 hours of playing. Maybe I’m just unlucky, but remember when you’d see levolution pretty much EVERY match in Battlefield 4, whether that be big or small? It’s pretty meh.

The guns are also a great talking about, because it’s a quick conversation. Sure, they can try and boast about all the guns WITH Portal, which is a limited experience with also no thought or care put into it to allow players to progress through playing THAT instead of their new game… there are hardly any new guns. I mean, come on, even Call of Duty Black Ops 3 put into the work and creatively designed a TON of futuristic versions of modern day weapons. Battlefield 2042 stuck to a FEW weapons they deemed popular enough, and that was it. I mean, I don’t know what the excuse is here. There’s no interesting future weapons and HARDLY enough advanced modern day weapons to justify that price point when Warzone basically made a large scale battlefield mode you can play for FREE with more weapons that this.  There are 22 guns in TOTAL, and you start off with one in each main category until you begin to level up.

The graphics are decent, nothing mind-blowing or next-gen by any means, and the gameplay is average, nothing as clean as Modern Warfare by any means. It doesn’t revolutionize the FPS genre at all, and it certainly doesn’t add to the Battlefield series. Portal might be it’s only redeeming factor for buying the game, but even then, it’s just a limited sandbox mode of nostalgia that makes you wish they put 100% effort into that instead.

Battlefield 2042 is the most disappointing game of the year for me. I had high high hopes for this one, I believed that it would place it’s stake back into the competition between all the FPS games coming out, but it just didn’t. I don’t like to bash games, I don’t like to knock the hard work I KNOW devs put into their games, but this one just isn’t the re-invented battlefield game we were expecting. It’s not like Battlefield 4 where playing it on the next gen console was addicting, and it’s not a game where if you don’t play it you’re missing out. I’m sure maybe one day this game will be patched up and given content to justify downloading it using EA play, but paying full price for this experience is a waste of money, sadly. I truly wish this could have been the battlefield game we were all hyped for.