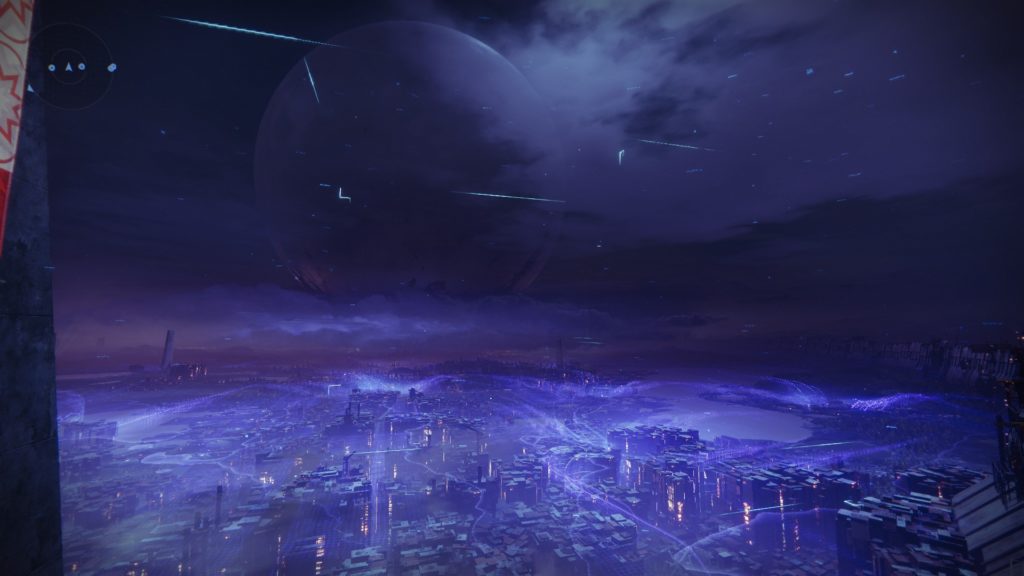 The Tower is where most NPCs are located.

You’ll want to talk to most of these NPCs each day you play to pick up their bounties while playing Destiny 2 (mini-quests you can do while playing the game, such as killing certain enemies with a weapon or doing public events on a specific planet). Doing these bounties will give you easy XP and rewards that you can get passively or intentionally while you are completing main missions or enjoying PVE/PVP content.

You have NPCs who are your main point of contact for:
– Strikes (three player missions with matchmaking if you are alone)
– Gambit (a PVE/PVP mix play-style where you always have the same goal in a comfortable environment)
– Crucible (Various PVP games).

Other NPCs will handle things like opening your prime engrams (Pink engrams dropped from enemies that contain better guns/weapons), your clan rewards, and armour ornaments (ways to make your armour look like a different piece for the sake of aesthetics).

You also have a gunsmith NPC (who has bounties to pick up and gun mods to buy), a post office NPC who gives you items that you earned but missed or didn’t have room for them in your inventory when playing the game, and an NPC who handles the player store (in which you use real currency or rare in game currency to buy various items or emotes for your character.)

The H.E.L.M is above the tower in Destiny 2. At the time of this guide being written it has the season 14 NPC who gives you missions and items for the current season. The hub is also home to the Umbral Engram station, where you can open your special Pink-Black engrams or you can “focus” them in what is called a Prismatic Recaster (changing your umbral engram to a specific type of engram such a a weapon or armour piece engram). The hub also includes your post office – The NPC who gives you missed items and your vault – Where you can store your items.

Click here to see beginners detail for these NPCs