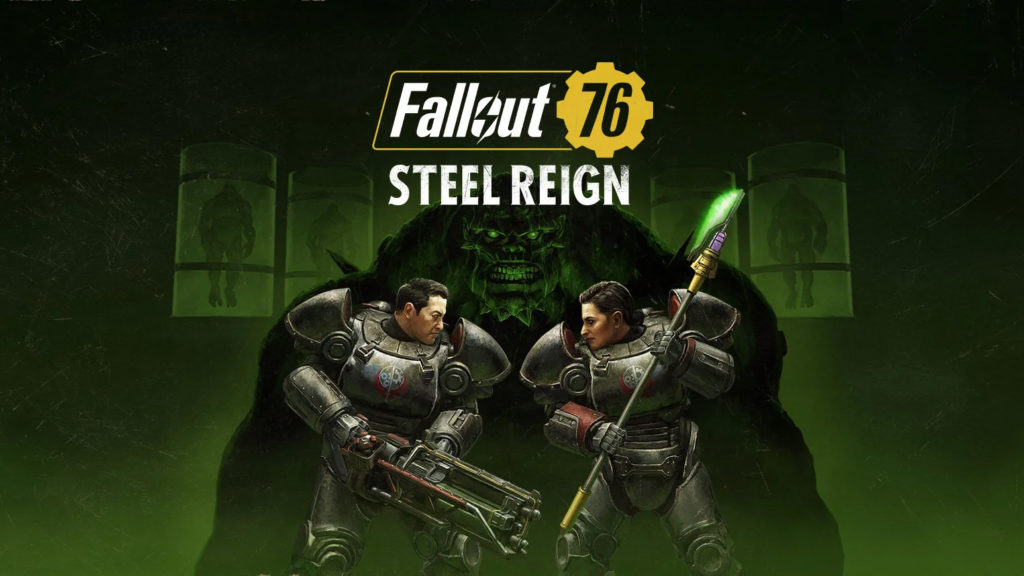 So the second part of the Brotherhood of Steel questline has finally arrived, concluding the “Steel Dawn” story.

Here are my thoughts on the ending of this roughly 2-3 hour long campaign. By the way, gonna try to avoid spoilers, but obviously I could miss something so you’ve been warned!

Short, Slow, but with a Great Finale

I’ll be honest with ya, I wasn’t immediately grabbed by the story enticement this time. I think Part 1 (Steel Dawn) obviously had more UMPH to it, just because it was the introduction of the Brotherhood of Steel to West Virginia, but Steel Reign feels kinda… tacked on, maybe. You start off almost immediately where you left, with a couple of “in-between-content” situations explained, just helping you realize that those 8 months separating part 1 and 2 weren’t the blink of an eye in 76. My problem is still the time-line just feeling so off. Regardless of explaining the weird happenings, time doesn’t feel like it really moves in Fallout 76, it just stands very still and things happen, I still feel like I’m on day 1, even though I’ve been playing for 3 years now.

Regardless, the story picks up almost right from where you left off, and you’re immediately sent around to explore the strange happenings. For those of you expecting a level of Fallout 4 Brotherhood experiences, you won’t find it here. This is a very small scale of BoS questing, not quite as large a base, important of characters, or even interesting of situations. The drama all mostly happens with folks IN the Brotherhood itself, and then sometimes you’ll meet some familiar faces from other stories along the way.

The campaign only took me around 3 hours tops to complete, and that was with listening to all the lines of dialogue (not spamming spacebar the whole time) and thoroughly understanding and checking out all the explorable locations. It’s never a race with these things because then you tend to miss out on stuff, like taking a picture with your fellow brotherhood initiates who actually respond to you taking the picture! They have lots of little things like that scattered around, which does add to the experience. Unless you wanna be number 1 speedrunner to spoil it all and then complain about how there was no story or that it was too short, then by all means go for it.

You’re still dealing with most of the same characters from the previous story, Paladin Rahmani, Knight Shin, Scribe Valdez, along with a couple of new characters just recently introduced to further the plot line, or at least start it. 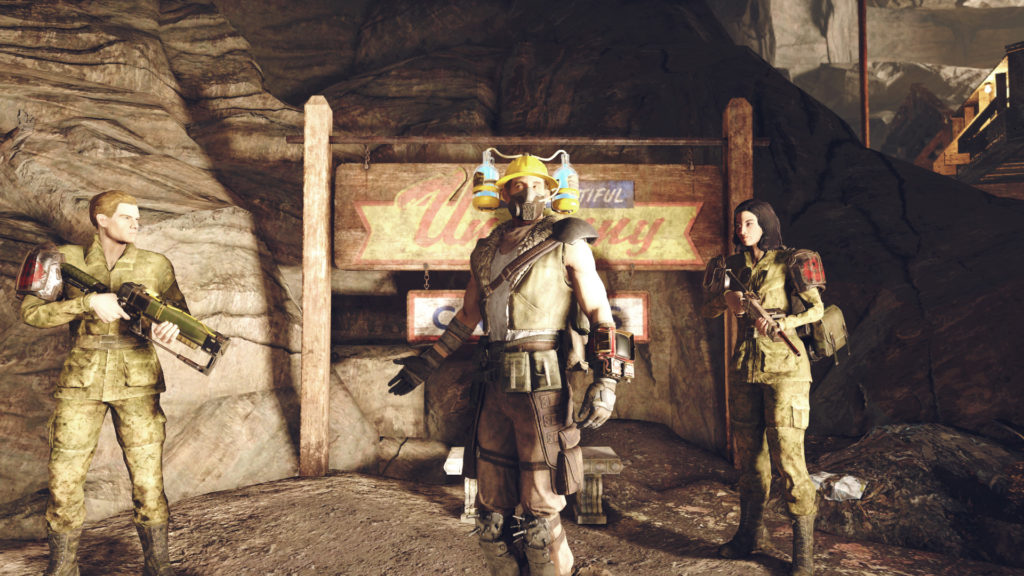 It’s hard to write up a review for a 3 hour long campaign, so I’m gonna make this short and to the point:

Steel Reign finally added what we’ve been wanting, what we always have expected, in Fallout stories, and that is consequences to your choices. I had somebody jump onto my stream FURIOUS that the drastic choices “weren’t made obvious enough” so they accidentally clicked on something that made them do something they didn’t want. They are definitely clear if you take your time, obviously that was a speedrunner moment right there, and with this story that’s NOT something you want to do. The amount of hidden dialogue, special choices, even flat out story-altering decisions you can make are quite numerous. Sometimes I’d make a choice out of 4 possible options, and NEVER see those options again, which is refreshing for a change, it makes what you say matter a bit more.

Throughout Steel Reign, you’ll have to make a couple (not many, but a few) decisions that are actually quite serious, and will more than likely alter the FUTURE of your Fallout 76 adventure. In the same way you can play good guy/bad guy in a game like Star Wars: The Old Republic, they’ve now made it so you can go as far as to kill off main characters to the story, or change the lives of them at the least. Since this story is quite short, and the characters included are limited, there isn’t too much to be said about how emotionally attached you can become to these characters, but regardless you will be put into situations deciding the fate of their future. SOMETIMES it makes sense, sometimes it doesn’t, I noticed that a couple choices I was told to make made me ask “Why am I deciding this for them? They can do what they want”. Other than that, it was interesting to see choices becoming a bit more serious is the game.

BUT THEN THERE’S THE LOOT.

Sadly, there’s not too much to speak of here, since you only get a couple new pieces of gear, 1 named piece to be precise (a 3 star Furious Power Fist). The real end goal here for loot is definitely the new Power Armor set: Hellcat. It’s probably one of the coolest looking sets I’ve seen, and although the gear is comparable to X-01 and Ultracite (so below the T-65 Set) it’s still a good set to run, even if it’s just for the looks. 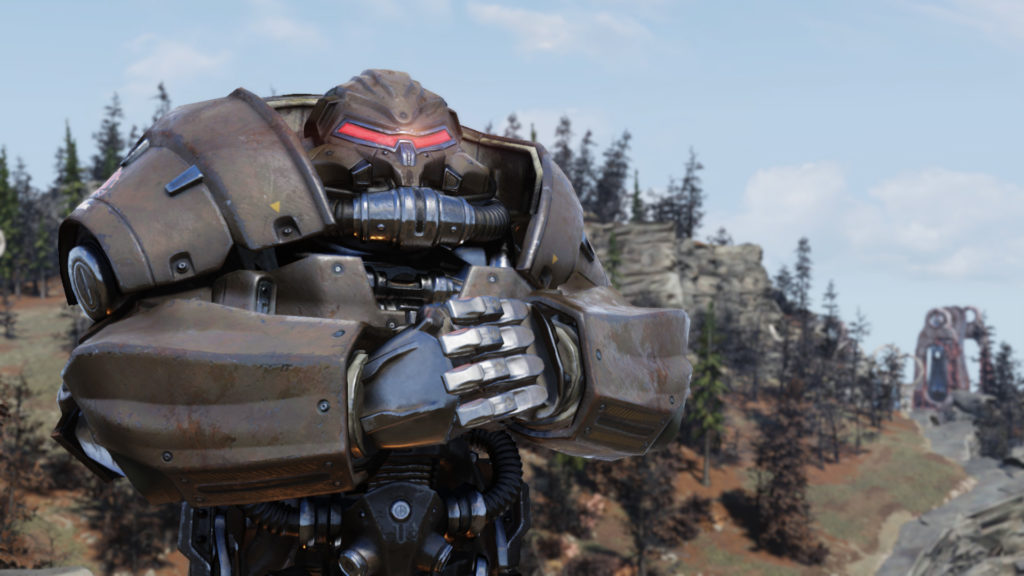 Besides story content, I WILL make a quick note that Fallout 76 has added heaps of quality of life changes into the game, things including Legendary Crafting, Legendary Power Armor, extended limit for Caps (40,000), Scrip (5,000), and Gold Bullion (10,000), alongside a new gold bullion vendor who travels around like she’s Xur from Destiny.

They’ve also added in a bunch of new Legendary effects, which are pretty good:

And then added in a bunch of new rewards and items you can get through events, on top of new atomic shop items to purchase.

I’ll just say it, I wasn’t a massive fan of this part. What I enjoyed the most was definitely the little fun interactions in between quests, and the end of it all (because the ending was a BIG final choice that really changes the game).

It was incredibly short, which is kind of expected from free DLC, and there was a LOT of other content added and quality of life changes made which definitely enhanced the game overall, but as for this story, it was pretty lackluster in terms of severity. I felt like it just kinda hehashed the “evil scientist” story, typical kidnapping innocents and doing testing on them. The final boss was pretty cool, but the concept of mutations being the reason behind their testing felt strange, as most players have tons of mutations on their character already, and although THESE mutations were said to be “incomplete”, it was like stopping a current day version (with actual characters) of a story we already learned about lore wise… if you listened to the holo-tapes that is, haha.

It was fun, it was free, and it definitely added more content and story to Fallout 76, and now, altogether, the BoS has a solid 5-6 hour long campaign. I just hope that future stories will come back that are the size of Wastelanders again, 6-12 hour long campaigns with HEAPS of end game content would be nice to see. Cause in terms of stuff to do for players like myself, the end game is still lacking.