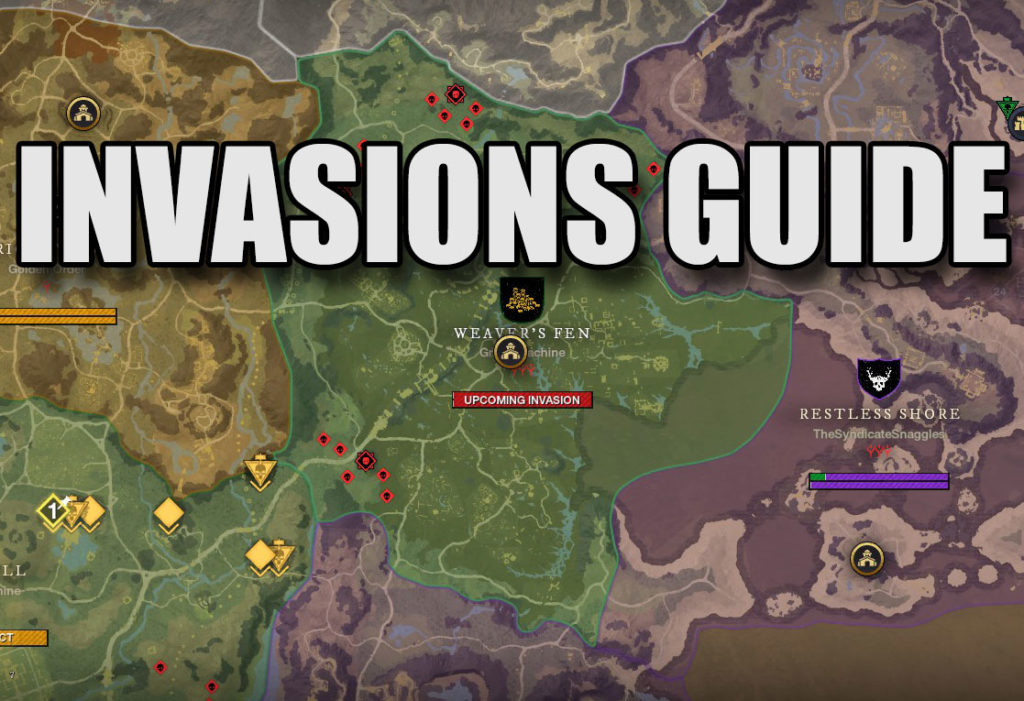 New World Invasions are PvE battles for max level players with waves on enemies coming at you, the point of them are to defend your towns and territories from monsters and they occur roughly every four days.

How to Participate in New World Invasions

Only 50 max level players can join an invasion.

In order for New World invasions to start, the Corrupted will have to gain enough corruption throughout the territory. If you want to join a starting Invasion then head over to the Town Board and sign up.

Territory Governors will chose 10 “heroes” to join the battle and the remaining 40 participants will be selected by random draw of the players who signed up. If you are selected to participate then when the invasion starts you will be transported to the fort and will be given 50 battle tokens. These tokens can be used at any time at the armory which houses player and fort turret ammo, traps, mines and potions. You can earn additional tokens when killing, repairing or healing during the battle.

As the battle starts make sure you constantly check the top of your screen for objectives, attack wave numbers and total time left.

Grunts – These guys can get together and swarm when they are not watched. Their main focus is to take out your building and structures, their secondary focus will be on your and your teammates. They have the ability to “Frenzy” which allows them “fast, intense, and increased damage” for a period of time. Attack them before they start to Frenzy.

Snipers – These guys stay quite a bit away and work on evading attacks. They focus on taking out player defenses.

Bombers – These little guys are the Halo Grunts of New world. They run around with grenades on their backs which cause explosive damage. Try to take them out from afar so you don’t get caught in their blast.

Brutes – Large enemies that focus on smashing structures. They will mainly focus on this task and will rarely switch to attacking players unless overly provoked. Brutes have an extremely thick skin, grab a team to take them out.

Bosses – There are many different bosses you will encounter and their focuses will be determined by which type you come across. Along with taking out players and structures, these guys will buff friends and debuff frenemies. Watch out and always have a debuff move equip when taking on a boss.

First things first: The company that owns the territory is the only one that can lay down defensive structures as they prep for the invasion to start. Players will use these structures to defend the fort. Players themselves can get things like Traps form the armory with their tokens.

Corruption focuses on getting rid of a Forts gate and then moves in to the Fort Claim. In order to stop or slow them down players can use Turrets, Droppers, Support and Traps as well as good ol’ fashioned attacking.

Droppers – Use these against close foot soldiers, such as Raiders and Grunts. Droppers pour a scalding hot lava liquid on top of enemies.

Traps – These come from the armory with your battle tokens and can be deployed on the field to help you take out your enemies.

Support – There are different supporting structures around. Horns for instance, can provide defensive buffs to you and your teammates. The Horn of Resilience can buff your teammates to heal and bless them with reduced damage received.

Whether you win or lose, New World makes sure players get XP, Gold, Azoth and other various loot.

-You win if the Fort has been safely protected within the invasion time frame.

-You lose if enemies destroy the Fort in the time frame. Losing means your territory and settlement will be downgraded. The fort itself can lose turrets and gates and the settlements can lose their upgrade. The higher a territory was upgraded the more it loses.

Your rewards will be dependent on how many waves your team defeated. 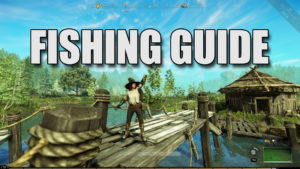 <<< Check out our Fishing Guide for a list of all fish in the game.

Thank you for supporting our small team by using our New World Invasions guides.

All information gathered was from personal gameplay and from https://www.newworld.com/en-us/news