My Most Anticipated Games in 2021

Figured that since so many new games are starting to appear on the horizon of 2021, I would talk about the ones I’m most excited to play. Next Gen games are finally going to be releasing, and although some of these are MASSIVE assumptions that they’re coming out this year, I’m including them so that my hopes get completely destroyed if they don’t. That’s a healthy way to live for sure 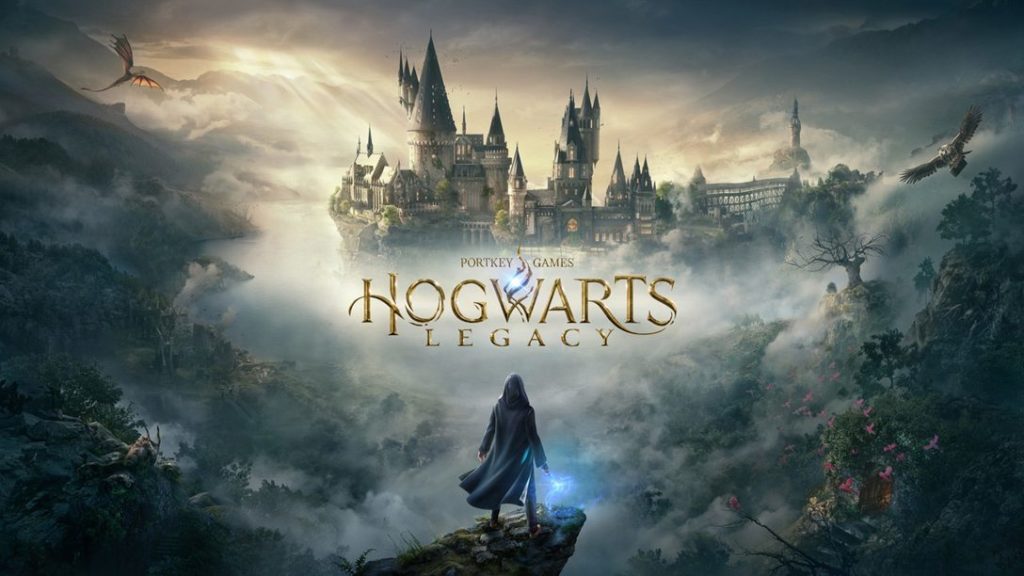 Both Sindy and I got beyond hyped when we saw this game revealed. Honestly, it feels like forever since a Harry Potter game was released… and even longer since a GOOD one came out.

With Hogwarts Legacy, I’m hoping they go a more heavily RPG focused direction, since the game seems to be more focused on you being your own custom character living their life at the school. Not sure whether or not the game will have a massive open world, even BE an RPG, or have some elements at least, but regardless the game looks pretty cool. 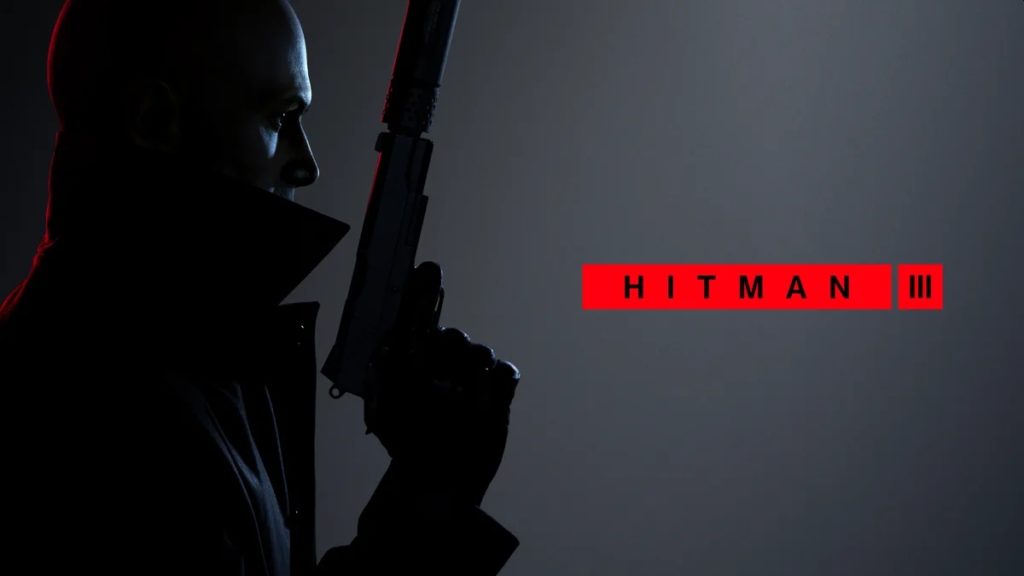 For folks that enjoy stealth driven games, Hitman has ALWAYS been a top game. For guys that like to dress up as a flamingo mascot wearing gunman (after killing the original mascot bearer with a sink) and shoot up a race track… this game is also a high priority.

I’m hoping Hitman 3 continues to be that crazy “stealth is recommended” styled game where freedom of choice in tackling missions is on the top of the radar. It definitely opens up a LOT of ways for creators like myself to make insane videos, but also allows people to just try out a ton of ways to tackle the same mission for different outcomes. Can’t wait to see what this game will allow us to do. 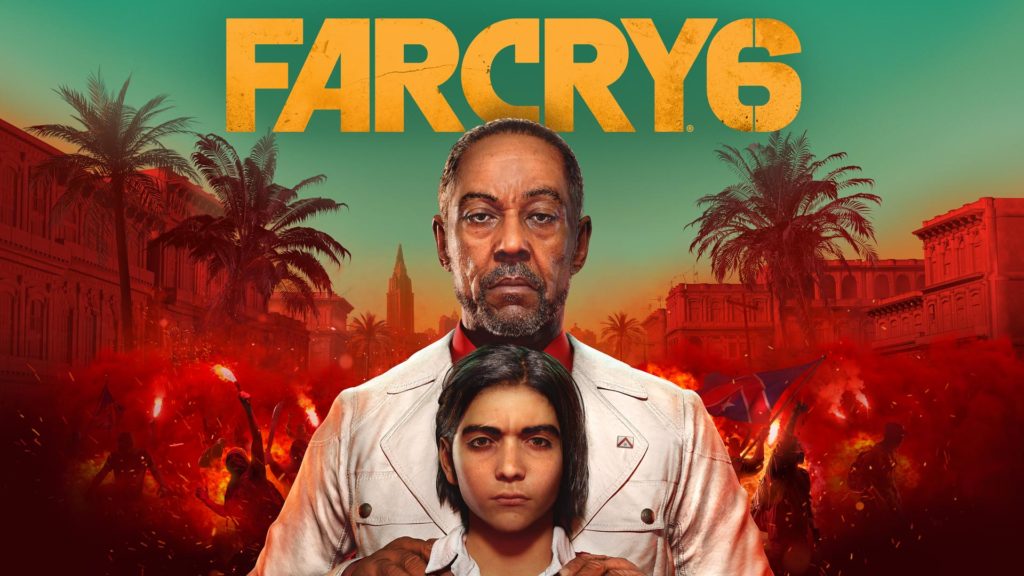 I’ve been a big fan of Far Cry ever since the second installment, and REALLY got roped in with the 3rd. They seem to have hit some rocky roads since 3 for sure, with repeating the same storyline, going “No Guns”, and introducing 4 villain’s in a single game that ended up all being fairly bland characters.

It’s nice to see Far Cry returning to a more hectic and insane focused game with crazy amount of detail to the world playing a major role. Just from the teaser alone you can tell that the villain in this title will play a much more chill and organized enemy. I’m hoping they build a really fun and engaging open world, one that brings back the uniqueness that Far Cry 3 instilled in the fans to expect from future titles.

Deathloop managed to go from a game that I figured would just be something incredibly mediocre in ONE trailer, to something I am now HIGHLY looking forward to in the next.

This game just looks like crazy dumb fun. Running around a super stylized Dishonored looking world to try and break a time loop that stops you from dying… just sounds like a great concept. Not to mention the fact you can get chased around by a REAL player as well, hunting you down to stop you from completing your mission. I can imagine some hilarious moments playing out with that mechanic. Really excited to see all this game has to offer. 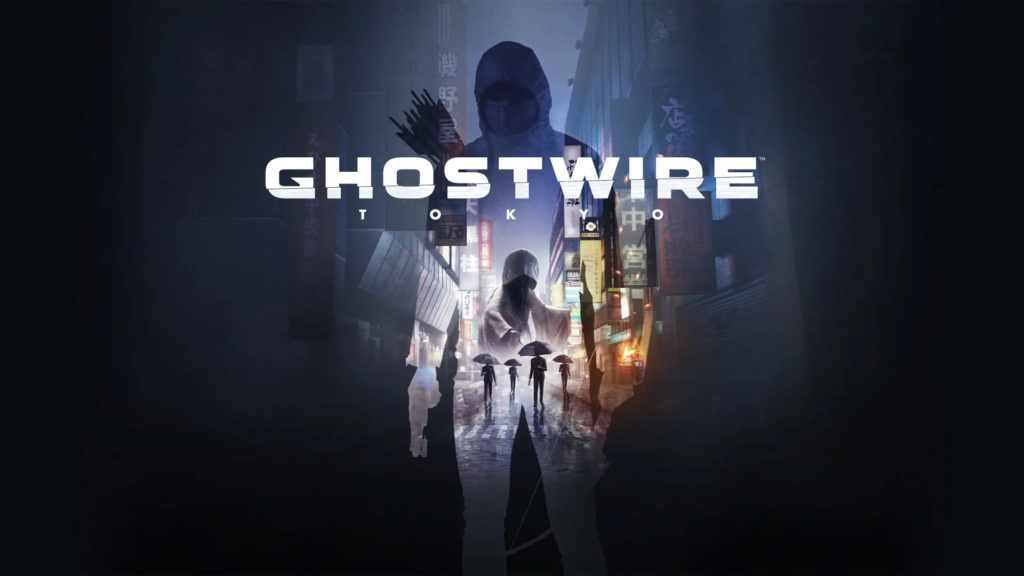 This game is just confusing and hard to understand even what it is. And that’s probably what makes it so interesting.

Ghostwire: Tokyo was announced several years ago, but has just remained fairly silent yet mysterious with their announcements and snippets of showing off the game. I’m imaging it being similar to other Bethesda made action/adventure titles that involves some crazy “bioshock-tier” story that confuses you until all the answers slap you across the face all at once. WHATEVER this game is, I’m very excited for it. 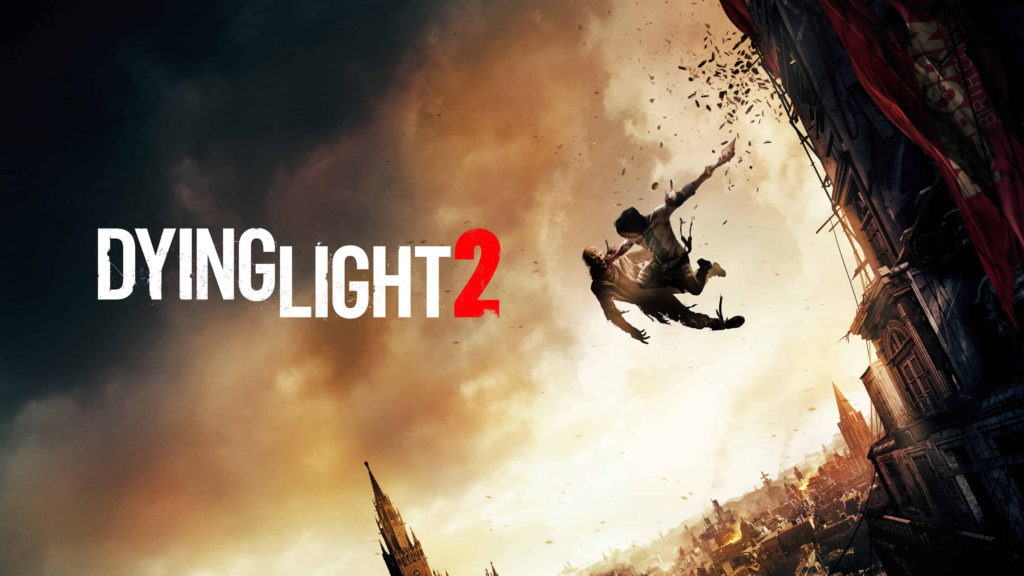 Dying Light is hands down (in my opinion) the absolute greatest open world zombie game of all time. Period. Somehow they managed to make the most gross looking and apocalyptically torn apart city into one massive parkour playground for you to literally do ANYTHING.

Dying Light 2 looks to be nothing but an improvement on what everyone loved from the first game, but put into a much more massive open world with harsher choices, WAY higher stake consequences, and even greater graphics/gameplay. Now, I’m not hoping they just play it safe and make the game too similar to the first one, I want them to innovate a LOT, because what they did with the first game changed everything I thought a zombie game could be. I want them to build on that and make something even better with this one.

Sons of the Forest 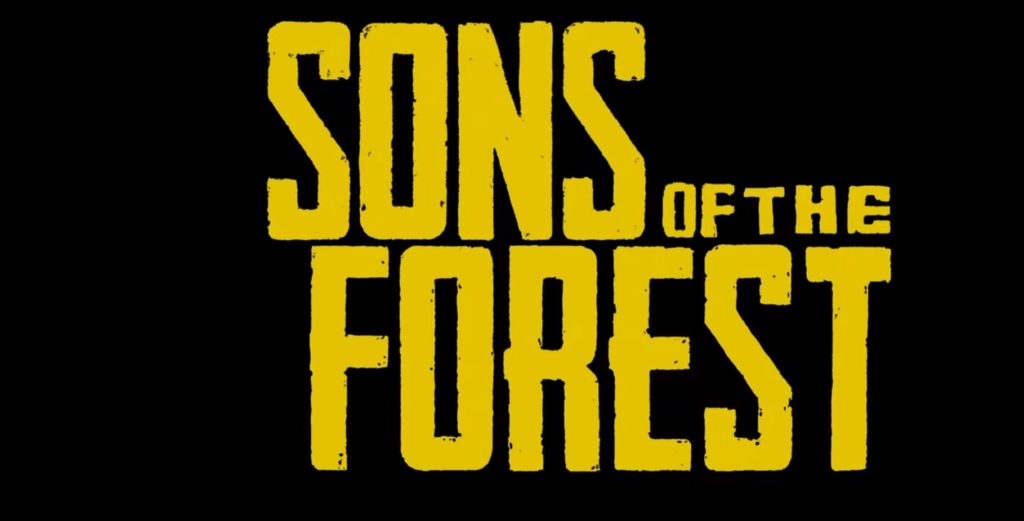 I love survival games and have played pretty much every single one steam will throw at me. Only recently did I ever dive into The Forest. Maybe I was too scared, or maybe I felt like it wouldn’t be the kind of survival game I typically enjoyed, but man I was wrong… except about the scared part, that is still very true.

Sons of the Forest looks like one of the most beautiful and horrifying survival experiences money can buy, and I’m definitely going to buy it. Watching the gameplay trailer is almost an unnerving experience just because of how realistic everything looks. The chopping of trees, digging with a shovel, the forest in general, it all looks SO REAL. But the best (and also worst) part is how real the cannibals and monsters look. WHY DO THEY NEED TO LOOK SO REAL?!?!? AND WHY DOES THAT MAKE ME WANT TO PLAY MORE?!?!?! 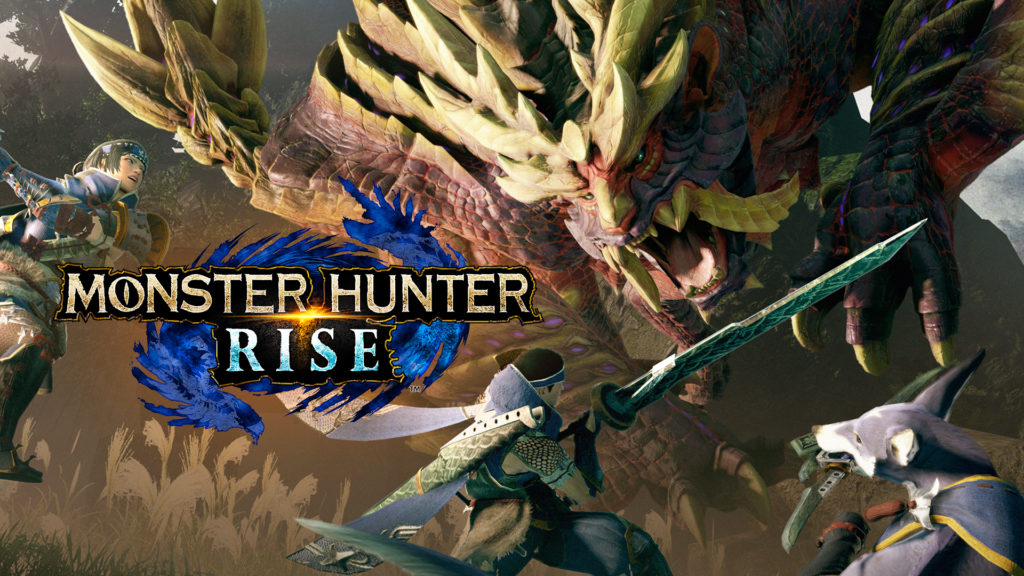 I’ve been a massive fan of Monster Hunter ever since Monster Hunter tri on the Nintendo Wii. I played the HECK out of that game. Then, when Monster Hunter World came out, I was absolutely addicted for months on end cause I didn’t think they could make the perfect Monster Hunter game. But they did.

NOW, with Monster Hunter Rise, I’m hoping that they just do the series justice by releasing this exclusively on the Nintendo Switch. If you’ve ever heard me rant about the Switch, you know I LOVE the console but HATE that Nintendo literally will not make one strong enough to push game like Monster Hunter Rise to the best they could be. I know that it won’t exactly be the most insanely beautiful or smooth running experience, but regardless, (and after all, I DID play Tri on the Wii for hundreds of hours) I have high hopes that this game will be the Monster Hunter World but for Switch players. Hopefully. 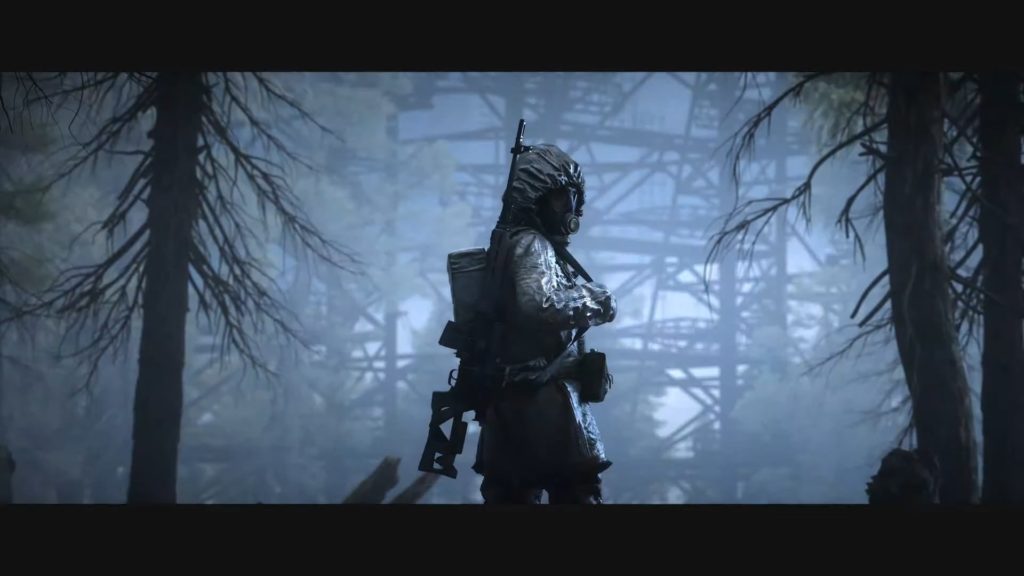 Even though I DO enjoy the Apocalyptic games like Fallout that make you feel like some super powerful being if you progress far enough, there’s something about games like STALKER and Metro that captivate my interest, simply because of how brutal, intense, and intricate they are.

S.T.A.L.K.E.R. 2 has managed to pique my interest within the two trailers we’ve seen so far, and I have NO idea what the game will be like in comparison to the originals, but man I am excited to explore what they have in store with this game. They managed to master the art of placing a player in a world where safety was never really a reality, and I enjoyed that a lot. Kept me on my toes. Hoping this game manages to do the same. 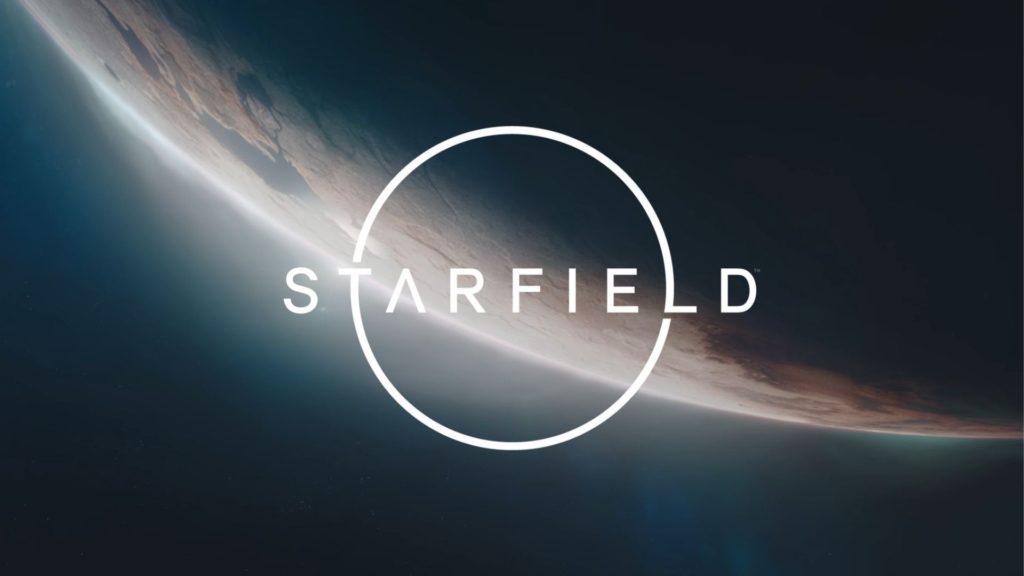 OKAY I KNOW I KNOW. “But Kevduit, they haven’t even shown off ANY gameplay, nor even TEASED a release!!!”

I get that. But I’m gonna be honest and optimistic here. Starfield, only second to Elder Scrolls VI, is my most highly anticipated game EVER. And I don’t even know what it will be like. Bethesda might be masters of releasing a couple games with their bugs (get it haha I’m funny), but they also make some of the best darn RPG games ever created. I mean, even playing games like Cyberpunk or Outer Worlds make me want to GO BACK to play Skyrim or Fallout New Vegas, and THAT’S how you know Bethesda games have made an impact on your preference.

Starfield being a Bethesda made RPG in space excites me to no end. They have managed to impress me with every single RPG they’ve ever made (and yes, I DO include 76 in that list), so with Starfield I’m expecting great things.

Mass Effect (1,2, and 3) never managed to make their way into my game library. And until recently, I just didn’t care all that much, as I was way too preoccupied with Dragon Age. Please don’t roast me for not caring until now.

But I’m gonna be honest here, my hype for this remastered trilogy has got me READY TO FRIGGIN GO. After hearing NON-STOP from Mr.Matty about how marvelous these games are, I’m starting to realize that I will be experiencing these for the very first time in their REMASTERED shells! Obviously a lot of you have already played through the originals, and there are countless reviews and opinions on how good these games are, but I’m excited to play these for the first time in updated graphics and gameplay, to really dive in and experience a SMOOTH and updated adventure!