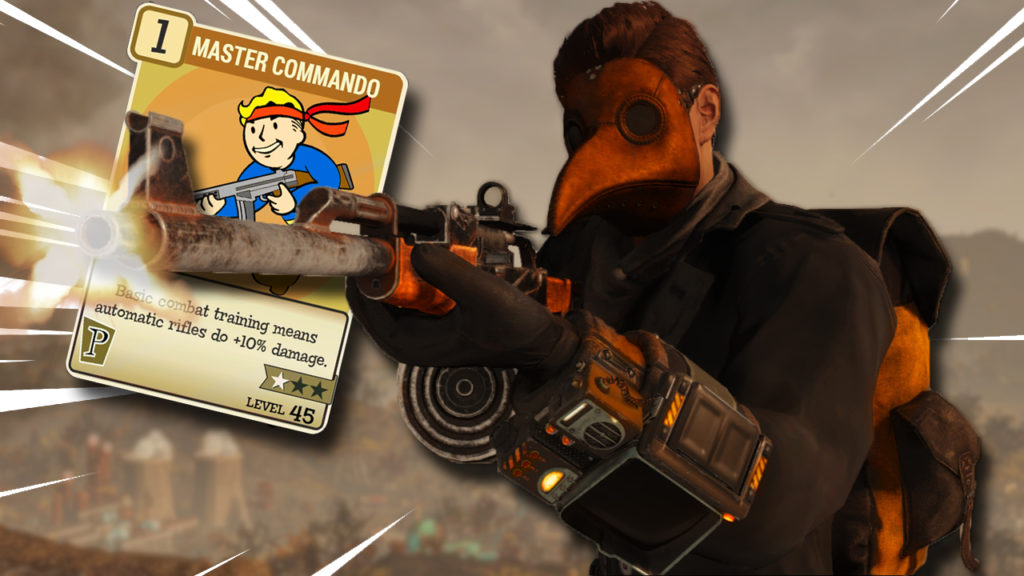 Well, there’s a reason why you’re probably here. You heard that Automatic Rifles are pretty much the most powerful weapon type to exist in Fallout 76. And, well, the rumors are true. With the right automatic gun, and a proper build to get you going, the automatic rifle build in Fallout 76 will absolutely destroy everything you attack.

while costing you a bajillion dollars in bullets every time you fight.

Automatic Rifles come in a HEAP of different types, and you’ll begin to farm both non-automatic AND automatic versions of these weapons. Remember: Every non-automatic can be converted to automatic using mods, and vice versa, so don’t get upset if you rolled a perfect legendary NON-automatic, cause it’s an easy swap.

Well, speaking of Legendary’s, here are some of the effects you’ll want to try and roll when getting an Automatic Rifle Legendary.

With the Automatic Rifle build, I would only recommend running power armor IF you feel like you need the extra tankiness, besides that, regular armor will do ya fine. Below I’ll show you what my personal favorite armor to wear is, it’s end-game stuff though so you might need to wear some of the basic stuff if you don’t have yourself the funds to purchase the expensive ones.

By the way, quick note, if you’re wanting to use a bloodied build with automatic Rifles (which is where Nerd Rage comes in handy, and damage goes crazy) you’ll want to definitely stick to either Unyielding or Bolstering if you’re dying a lot.

Just like regular Armor, Power Armor also has it’s “better” versions that are pretty much just superior to the rest. If you’re rocking Power Armor with an automatic Rifle build, you’ll want to get T-65. The T-65 Power Armor provides the absolute highest amount of damage resistances as possible, but also costs a fortune in Gold Bullion to purchase all the plans, so once again, use what you can. T-60, X-01, and Ultracite Power Armors are quite easy to come across just by completing the Enclave and Brotherhood questlines.

Once again, depending on what KIND of Rifle you’re using, you’ll want to use the specific magazines for the benefits. Here are just my few suggestions: