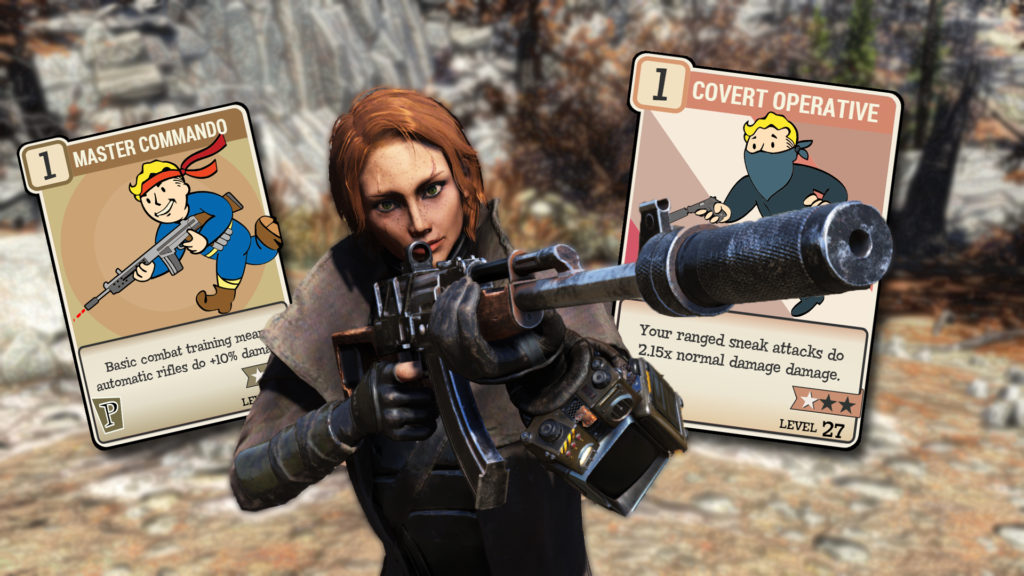 Automatic Rifles are hands down some of the most powerful weapons in Fallout 76, if not THEE most powerful weapons. Try to grab a strong Handmade or Fixer, slap together a couple of perk cards, and you can become an absolute V.A.T.S. Critical shots hitting machine, with very few breaks for your enemies to breathe.

In the Case of Automatic Rifles, there are ALWAYS better Legendary’s than others, as well as weapons in general. Assault rifles, Laser Rifles, anything automatic can be used well, but Automatic Handmade’s (In the current version of the game) are typically the most sought after and well rounded damage dealing Automatic Rifles.

In that case, here are the Legendary effects you’d like to find on your Legendary Automatic Rifle.

Rolling an Automatic Handmade with any of these Perks is going to serve you well, but obviously there are better perks than others. The BEST Legendary you could possibly run for this build would be either a “Bloodied – Explosive – 15% Faster Crit” Handmade, or a “Bloodied – 25% FFR – 25% V.A.T.S. AP Cost” Handmade. Rolling EITHER of those would be an absolute miracle, but just because they aren’t 100% one of those, doesn’t mean it’s bad.

The other recommended weapons to look out for would be a Fixer with 25% Less Action Point Cost. This is probably one of the most sought after weapons in the game, and can have 4 legendary effects instead of 3.

As for Weapon mods, it’s fairly typical when it comes to using any Rifles. You’ll want to attach an:

These Attachments will help keep you in CONSTANT V.A.T.S. able to continuously swap from enemy to enemy.

With a V.A.T.S. critical shots hitting Auto rifle build, one of the main things to remember is that these are usually Bloodied Builds, meaning that the lower your health, the better the build gets. That also means you need the best possible armor to help your survive that insanely low health point. Here’s some armor recommendations to keep you alive and killing.

Regular armor is totally up to the user on which they wear, but when we’re talking about Automatic Rifle builds… well, actually any build pretty much, you’re going to want to go with Secret Service armor, which is purchased with Gold Bullion after completing the Wastelander’s main campaign. It provides an insane amount of armor, better than anything else, and the ONLY problem is that you need to buy it at the extremely expensive price and then HOPE you roll some good perks on it.

By the way, quick note, if you’re wanting to use a bloodied build with the V.A.T.S. Auto Rifle (which is where Nerd Rage comes in handy, and damage goes crazy) you’ll want to definitely stick to either Unyielding or Bolstering if you’re dying a lot.

Just like regular Armor, Power Armor also has it’s “better” versions that are pretty much just superior to the rest. If you’re rocking Power Armor with an Auto Rifle build, you’ll want to get T-65. The T-65 Power Armor provides the absolute highest amount of damage resistances as possible, but also costs a fortune in Gold Bullion to purchase all the plans, so once again, use what you can. T-60, X-01, and Ultracite Power Armors are quite easy to come across just by completing the Enclave and Brotherhood questlines.

There are also weapon dependent, so if you’re using laser or energy based weapons, make sure you use their specific buffs. Here are just my few suggestions: