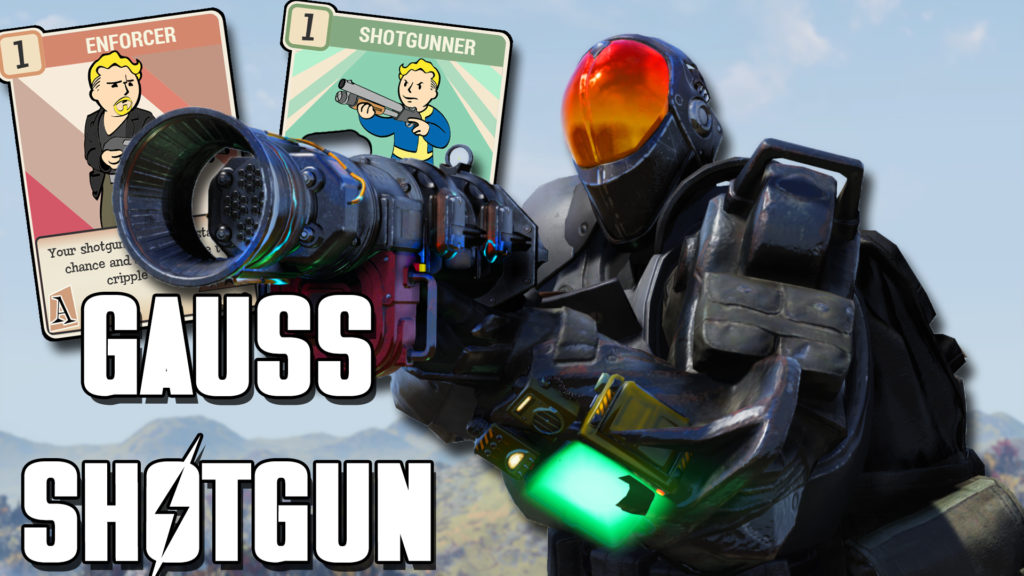 The Gauss Shotgun in Fallout 76 is definitely a must have weapon for anyone who specializes with Shotgun builds. This gun absolutely decimates enemies, but not only at a close range but ALSO at an insanely far range… it’s pretty much a sniper while using VATS.

SO! Lets go over a build that’ll help you maximize your Shotgun build!

The Gauss Shotgun is one of those weapons that you need to FIRST buy the plan before you can actually get one yourself. In order to get the Gauss Shotgun you’ll have to be MAX Level Settler’s reputations, and purchase it from the Gold Bullion Vendor at the Settler’s Base.

But when you DO finally acquire the Gauss Shotgun plan, one of the there are a couple things you’ll want to keep in mind, especially with Legendary Perks and Modifications (which are purchased with more gold at the same vendor).

Here are some Legendary Perks you’ll want to look out for.

With the Gauss Shotgun (Or Shotgun builds in general) you TYPICALLY stay out of Power Armor for the most part, just because you don’t benefit a ton from being in Power Armor with shotgun builds, unless you feel like you’re dying a lot. Even then, there’s armor in the game that pretty much rivals power armor in terms of survivability, which is insane.

By the way, quick note, if you’re wanting to use a bloodied build with the Gauss Shotgun (which is where Nerd Rage comes in handy, and damage goes crazy) you’ll want to definitely stick to either Unyielding or Bolstering if you’re dying a lot.

Just like regular Armor, Power Armor also has it’s “better” versions that are pretty much just superior to the rest. If you’re rocking Power Armor with a Shotgun build, you’ll want to get T-65. The T-65 Power Armor provides the absolute highest amount of damage resistances as possible, but also costs a fortune in Gold Bullion to purchase all the plans, so once again, use what you can. T-60, X-01, and Ultracite Power Armors are quite easy to come across just by completing the Enclave and Brotherhood questlines.