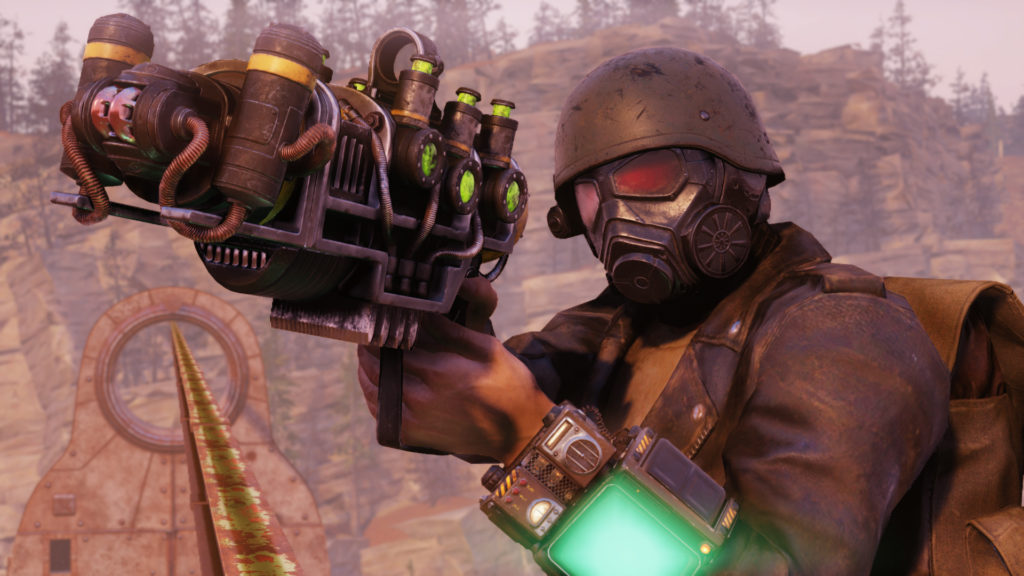 The Plasma Pistol Flamer is one of the most overpowered and fun to use weapons in Fallout 76. ESSENTIALLY the Flamer mod turns this Plasma Pistol into a crazy toxic energy based flame thrower that will melt all your enemies within seconds, and (using this build) it’ll help you sustain damage all the while.

With the Plasma Pistol Flamer build, there’s a couple of different Legendary’s you’ll want to look out for. TAKE NOTE that you will never find a Plasma Pistol with the Flamer mod already equipped, so although it’ll shoot like a normal energy based weapon at FIRST, you’ll need to equip the flamer mod in order for this build to be used properly. ALSO, remember that the plasma rifle, pistol, and shotgun can all be modded simultaneously between the three with some simple modifications, so if you roll a Bloodied plasma RIFLE, you can easily mod it into a Plasma pistol, and then put on the flamer attachments.

Keep your eyes out for Plasma weapons with these specifics legendary’s perks.

With the Plasma Pistol Flamer build, I would recommend NOT using power armor, just simply running any kind of regular armor that you prefer. Below I’ll show you what my personal favorite armor to wear is, it’s end-game stuff though so you might need to wear some of the basic stuff if you don’t have yourself the funds to purchase the expensive ones.

Regular armor is totally up to the user on which they wear, but for basic armor you’re going to want to go with Secret Service armor, which is purchased with Gold Bullion after completing the Wastelander’s main campaign. It provides an insane amount of armor, better than anything else, and the ONLY problem is that you need to buy it at the extremely expensive price and then HOPE you roll some good perks on it.

By the way, quick note, if you’re wanting to use a bloodied build with the Plasma Pistol Flamer (which is where Nerd Rage comes in handy, and damage goes crazy) you’ll want to definitely stick to either Unyielding or Bolstering if you’re dying a lot.

Just like regular Armor, Power Armor also has it’s “better” versions that are pretty much just superior to the rest. If you’re rocking Power Armor with a Plasma Pistol build, you’ll want to get T-65. The T-65 Power Armor provides the absolute highest amount of damage resistances as possible, but also costs a fortune in Gold Bullion to purchase all the plans, so once again, use what you can. T-60, X-01, and Ultracite Power Armors are quite easy to come across just by completing the Enclave and Brotherhood questlines.