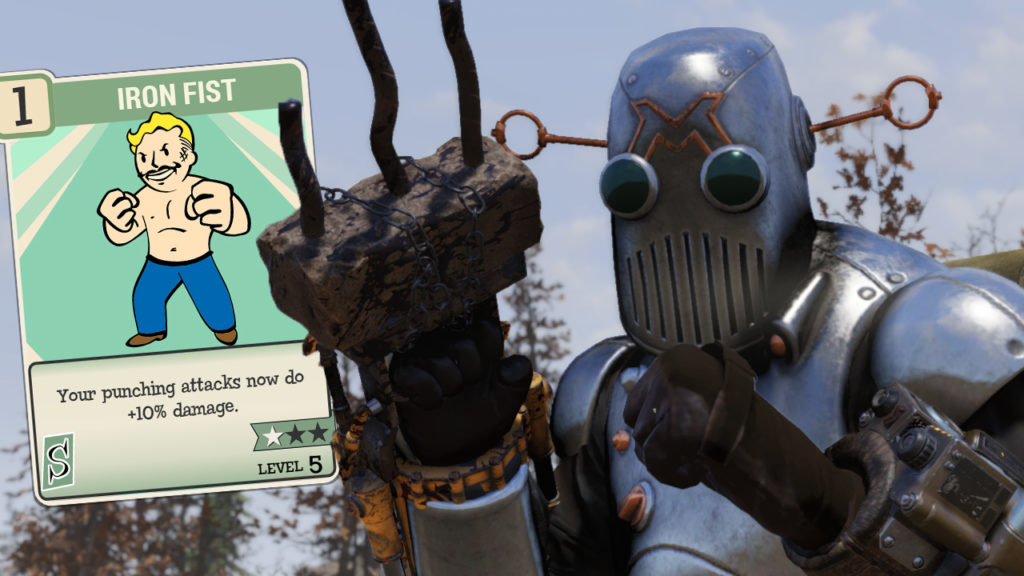 Unarmed Weapons in Fallout 76, although recently nerfed, may still be some of the most powerful weapons you can use. Even though their perks are more limited, and they might seemingly have low damage numbers, unarmed can be built to absolutely decimate your enemies.

With Unarmed melee weapons, you’ll want to definitely use some of the higher damage dealing ones, or else you’ll end up feeling as useless as unarmed builds sound. Mole miner gauntlets, meat hooks, and power fists can all be some great damage dealing unarmed weapons to look out for.

BUT, the weapon is only as good as the legendary effects you roll on it. Here are the effects to keep an eye out for!

With an Unarmed Melee weapons build, you CANNOT use power armor whatsoever, so get that idea right out of your head. Besides, regular armor is typically better for Melee builds anyways, providing you with the chance to roll far more powerful legendary effects that will boost your unarmed damage numbers even higher.

Under armor is a key essential piece to all builds, and one piece that so many people forget. These don’t come as legendary’s, BUT they can be modified to have some pretty great benefits.

Regular armor is totally up to the user on which they wear, but when we’re talking aboutUnarmed Melee builds… well, actually any build pretty much, you’re going to want to go with Secret Service armor, which is purchased with Gold Bullion after completing the Wastelander’s main campaign. It provides an insane amount of armor, better than anything else, and the ONLY problem is that you need to buy it at the extremely expensive price and then HOPE you roll some good perks on it.

By the way, quick note, if you’re wanting to use a bloodied build with Unarmed Melee weapons (which is where Nerd Rage comes in handy, and damage goes crazy) you’ll want to definitely stick to either Unyielding or Bolstering if you’re dying a lot.