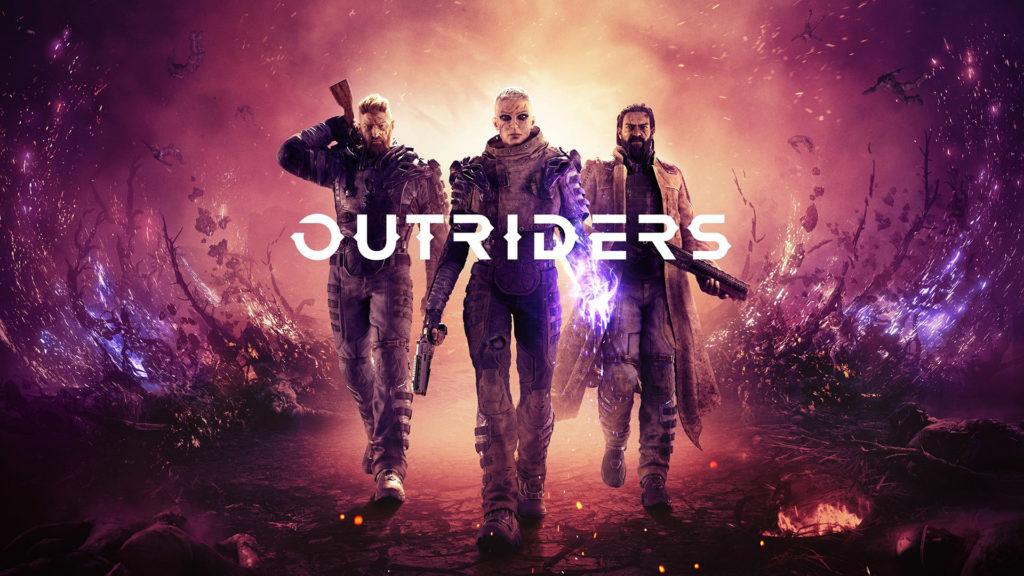 I don’t even know where to begin with this one. We’re truly in a time zone when massive AAA companies are releasing horribly undercooked and broken games JUST to launch them, everyone is in a rush to take money from the people they overhype. The funny thing about Outriders is how GOOD it manages to be with a concept that isn’t the most gripping at first.

Like a lot of folks, I dove into the demo, only for about 3 or so hours, and I honestly didn’t think I would put any time into the full launch. It felt small, the story was interesting but the way they presented it made it confusing or less serious. All in all, like many others, I didn’t expect the full game to be much better and just prepared to cover another mediocre title.

And thank goodness I was wrong. 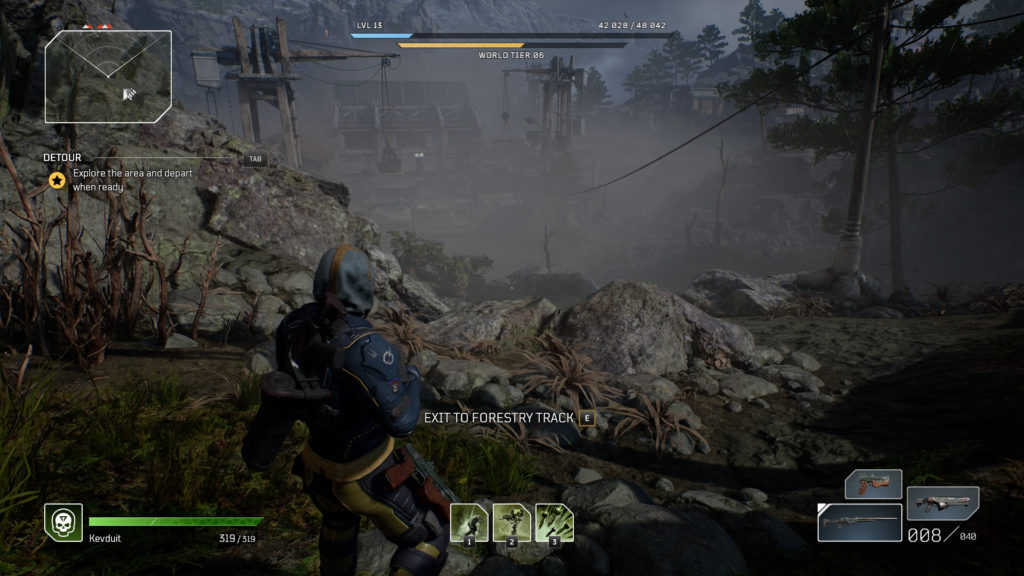 Outriders is dangerously fun. Why dangerously? Because I put 19 hours into the dang game in TWO days… while still working crazy hard on my other stuff. In fact, my work ethic was probably down a good 30% because the REST of me just wanted to go play Outriders. I don’t understand why, but for some reason after that 3 hour mark, the game gripped onto my brain and now I just want to play. There’s so much to this game, yet it’s the most simple concept. They know EXACTLY what they want to deliver, and they do, and it’s so much better than people are saying.

First it was Anthem. Then Destiny. Gears of War. Warframe. Avengers. The list of comparisons goes ON, and they’re ALL true, and that’s what manages to separate Outriders from the crowd. In fact, that’s what separates any new game these days. Nothing can be truly new, just insane innovation on already solid concepts and mechanics. What Outriders is, is an intense, brutal and gory, insanely well developed third person dungeon crawler, with RPG sprinkled all over the top. Now this isn’t a massive open world like, say, the Division or even larger area focused like Destiny, this is a more linear “Dungeon-Crawler” Diablo-esque experience that plays heavily on building a character how you want.

The game features an insane amount of character customization in terms of gear and builds, not SO much in terms of actual character look (in that area you can definitely compare it to Destiny’s “Everyone kinda looks the same in the end” approach). The gear has heaps of different looks to it, mods you can equip, upgrades and more. In terms of building up a character exactly how you want them to be, this game really allows you to explore heaps of class related benefits to maximize your character, and trust me, you’ll need it. 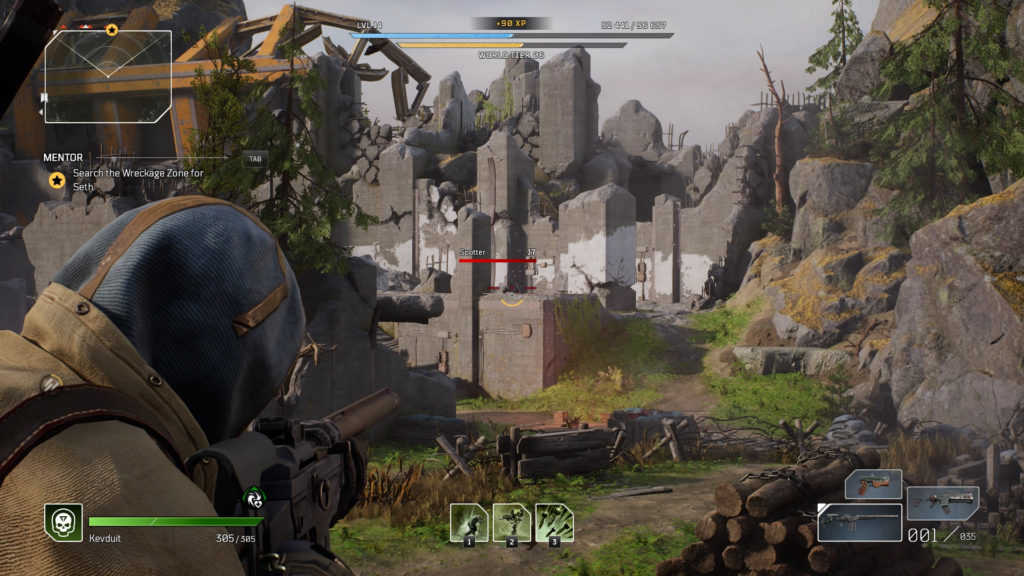 The sheer amount of weapon and gear diversity is insane. You THINK you’ve played with a ton of weapons, but then you’ll hit level 30 and STILL be finding new ones to try out, better than what you’ve already got! It’s very borderlands-y with how many types of guns there are to find, each have their own rarity level, stats, and modifications (that you can dismantle them for). On top of that, the class you choose plays in MASSIVELY with gunplay, so some guns do better with certain classes (and SUB classes). For myself, I chose the technomancer with the Pestilence subclass being a more main route, and the funny thing is that folks were ragging at me on stream that the class sucked, until I showed them my character easily solo-ing (in glorious light-show fashion) some of the more difficult bosses, even being quite under leveled. The game gives the player a lot of flexibility with everything, so you level up your character how you want, and it’s HARD to mess up your build, just because every little perk actually means something useful.

The story was something that surprised me. I went in expecting to just press skip through all the dialogue to get to the gameplay, but soon I found myself watching through each and every cutscene, listening to the dialogue, all that stuff. The world in Outriders is incredibly unique and engaging, it tells a story from an interesting perspective, has characters that MIGHT be frustrating at first but become likable later, and really develops them well. The ONLY problem I have with the story is how slow is starts and how HORRENDOUS the shaky cam is during cutscenes. I heard rumors of a setting to turn that off, but man is it brutal when you’re simply watching a scene where your character is talking to someone casually like “Hey, how are you today?” And the cameraman is over there either super drunk or tripping on every rock in his path, because it’s almost sickening. Makes sense during action, but basic cutscenes just look goofy or over done in some ways. 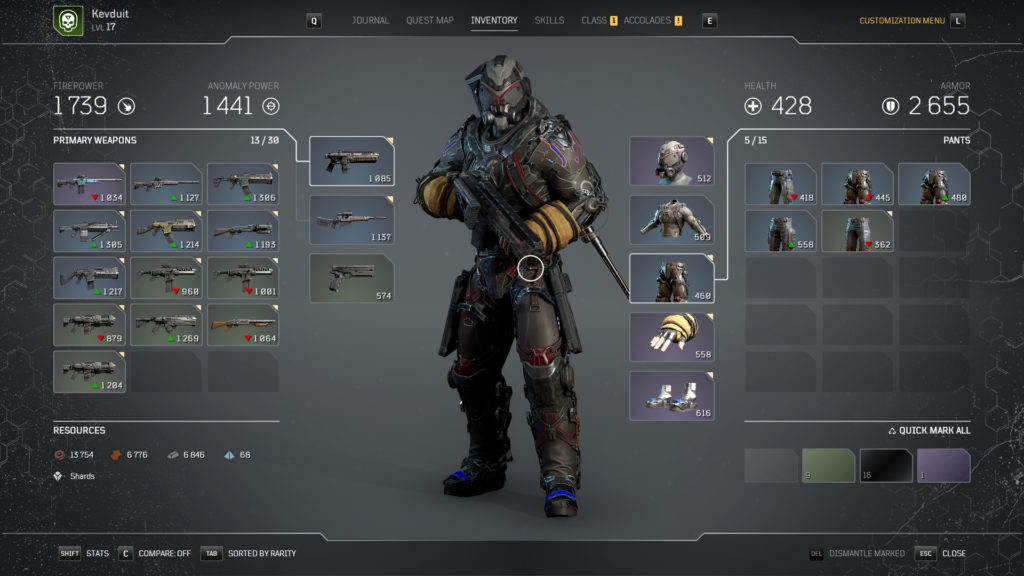 I still have a long way to go, this is like writing a review for an RPG only days after launch. I’m sure there will be MANY more things coming up in the game, story twists or great new adventures, but right now I’m beyond satisfied with the experience this game gives. It’s insanely fun gameplay wise, the action is brutal and rewarding, the graphics are pretty good, but the atmosphere and world building, combined with who YOUR character is and how you choose to build them, it all flows really well. Playing with friends makes for crazy massive battles (with explosions and effects everywhere), but even playing solo is manageable and doesn’t feel like you HAVE to group up… although, you probably will want to in some areas.

All in All, I’ve really enjoyed Outriders thus far. I’ve got a good 20 hours into it already, but there’s so much more to do and explore, I’m honestly addicted.