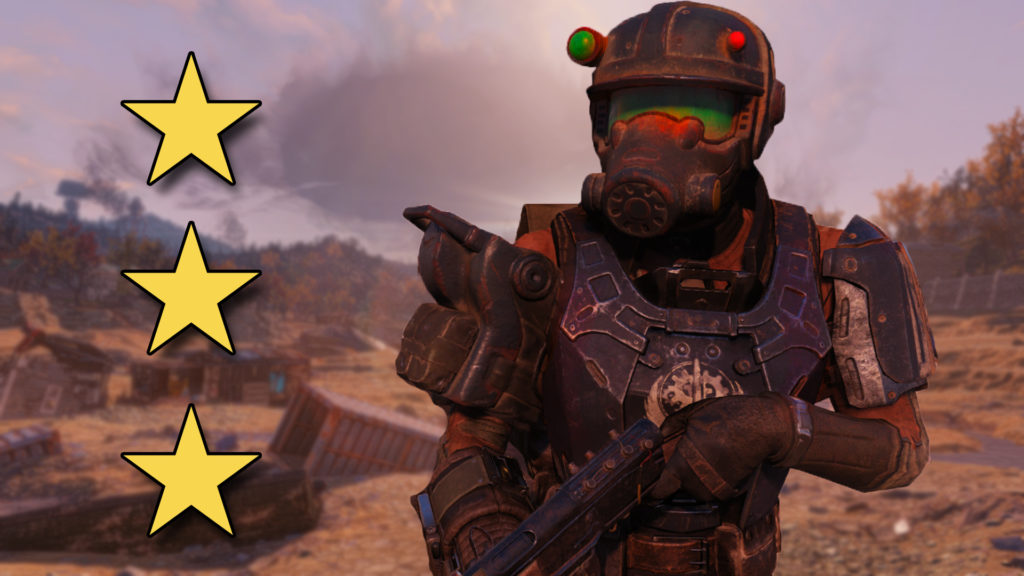 The BEST Legendary Perks in Fallout 76

Fallout 76 Legendary weapons and armor seem to drop fairly often, but I get the question “Which Legendary is best for ________” about 10 times a day. Well, here’s a guide to help you figure out what’s ACTUALLY worth your time, and what you should just automatically scrip as soon as you see it.

Remember: Some Legendary’s that are only decent with ONE Legendary perk can greatly improve with a good Major or Minor Legendary perk. Don’t automatically throw something away just because the MAIN Legendary perk doesn’t seem good.

If you haven’t already, make sure you’ve looked over my Legendary Perks Guides, as they will walk you through ALL the potential Legendary Effect you can get:

It seems as though most Legendary weapons in the game are highly dependent on specific perks, as the game (for some reason) has created this drastic rift in META. Some perks are complete garbage no matter what, some do decent if buffed by the major or minor legendary perks, and then some can be a 1 star legendary but be better than the rest with JUST that one star.

There are two types of weapons: Ranged and Melee. Each has good and bad perks, so here’s some quick guidance as to what’s good and what’s not. 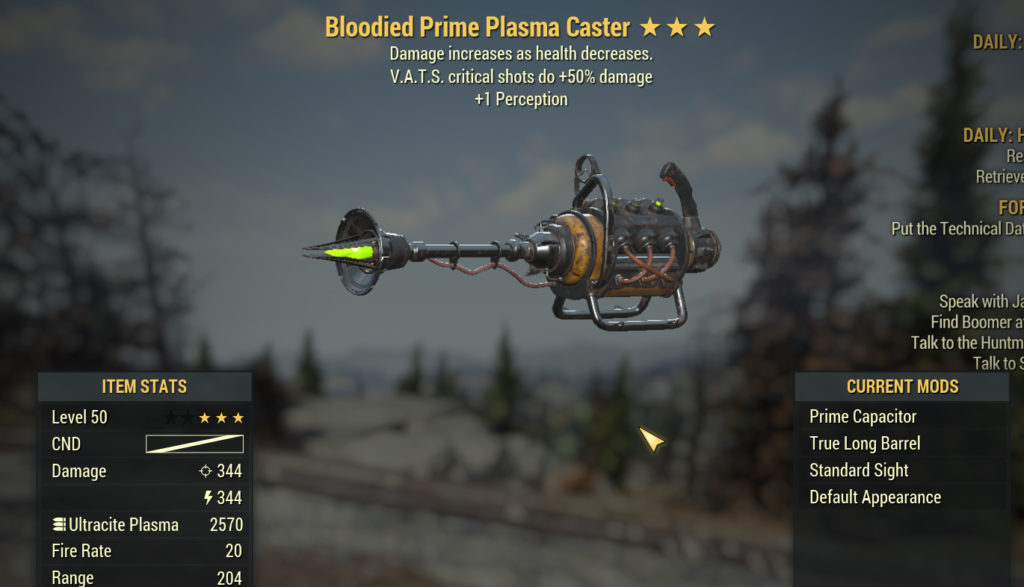 When I say legendary, I mean ANYTHING that shoots a bullet, as that’s what Ranged weaponry in this game is. If it fires any sort of ammo, it’s Ranged. Thing is, even though they’re all ranged, they don’t all shoot the same. For example, on a Sniper rifle, you’d be fine if you got a perk like Instigating or Stalker’s, whereas on something like a 50. Cal, you wouldn’t mind Quad, Furious, or Executioner’s. All depends on your rate of fire for certain perks, but there ARE universal Legendary major effects that are good on any weapon, no matter what. If you get the Main effects:

ANY of those will be beneficial on ANY weapon, as not only do they deal the MOST amount of damage possible, they aren’t reliant on accuracy or rate of fire, they simply just buff the heck out of whatever gun you use, no matter how you use it. If you get ANY of those on a ranged weapon, you basically have the starter kit to being overpowered.

Most of the Major effects are pretty good. The MINOR Effects you want to watch out for would be:

Although 95% of the time you won’t roll a weapon with all 3 of the best Legendary effects you can get, these are the ones that, if you DO roll a good 3 Star Legendary, you’ll be hoping you get! They will hands down help you create some of the strongest builds in the game. 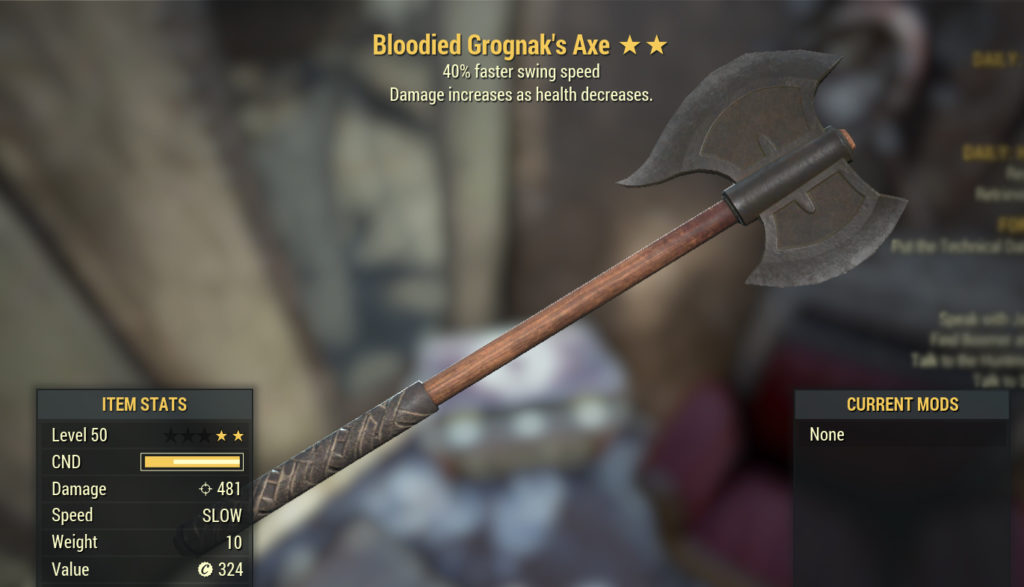 As for Melee Legendary Weapons, there are also specific effects that you should hope you will be so lucky to roll. Obviously you can’t get perks like “Two Shot” or “Quad” on a melee weapon due to them not… exactly… shooting ammo, BUT you can still get some pretty amazing effects, qualifying them as some of the most powerful weapons in the game.

Now, some of the Major effects I’m about to list as the better ones are actually better than ALL the other “better” ones. If that makes sense. For example, a Furious Faster–Swing–Speed Sword is really good, but NOT better than a BLOODIED Faster Swing Speed sword, due to Bloodied giving out a much higher DPS. This doesn’t make the Furious bad by any means, but it just gives you something to think about, how you want to build your character.

For Main Legendary Melee Effects, you want to watch out for:

As you can see, all of those are on the Ranged list as well. Except for Instigating, as with Melee it’s a lot more efficient than Instigating on a gun fire 100 rounds in 10 seconds, as only the FIRST bullet counts towards the instigating effect.

Each of these gives a substantial boost in power and can greatly benefit any melee focus build.

As for your Minor Legendary Effects, look out for:

Each of these, as you can tell, can help Melee builds not only survive better but also get power boosts. Any Melee Weapon that draws from those three pools of potential effects is going to be quite the damage dealer. 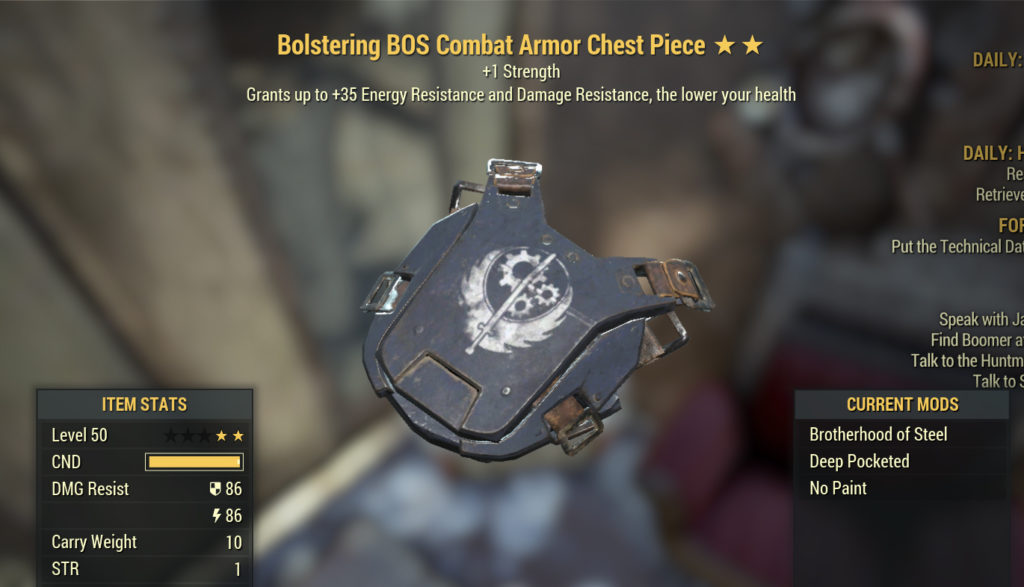 Now we have the Best Legendary Armor you should constantly be on the look for! It also highly depends on your build, so if you’re going Bloodied or possibly Berserker’s (which are on opposite ends of the spectrum with health), you’ll want to make SURE you use the right stuff.

Lets talk about that Major effect, the big first star. This is the perk that, because Armor is so reliant on what build you’re running, will determine whether or not to trade it to an alternate character that fits the build, or if it matches your build in every way. It’s hard to come across an armor set that will be exactly what YOU need, so always be checking shop vendors for what other players don’t use that might fit what you’re looking for.

In the case of the Main Legendary Armor Effects, you want:

Those are the Main Legendary Effects I recommend to players, as they seem to provide the sheer best amount of damage resistances and boosts as long as you are built for them.

For Major Legendary Effects, I will always recommend:

Yes, I basically used all of them, besides the specific resistances which I believe don’t also add the most value to armor. With Wastelanders being a thing, the more stats you have, the more you can benefit from conversations, as well as each individual stat gives pretty good perks on it’s own.

Finally, for the Minor Legendary Armor Effects, I recommend looking out for: