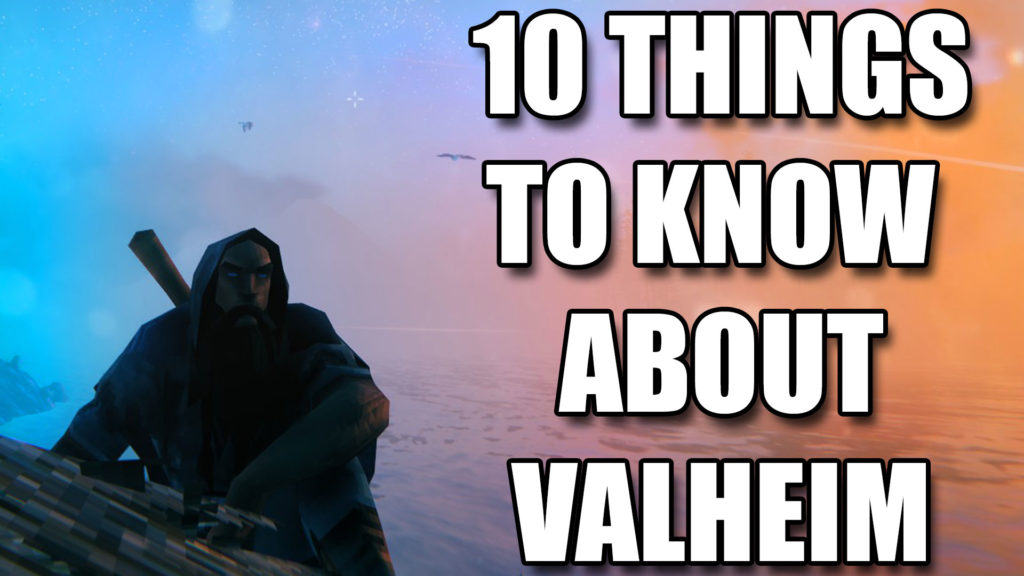 Valheim isn’t the easiest game when you first start out. There are plenty of important things that are often overlooked, so I’ve compiled a list of the Top 10 things you should know before you start playing Valheim

#1 | Use Firepits the right way

Right off the bat, lets talk about fire pits. They’re not expensive whatsoever, but serve many great purposes, so here’s how to best use them.

First, they don’t HAVE to be inside to give you the heat benefit, they can be sitting outside against your wall. Not only does this save you from risking the smoke killing you inside, but now you don’t need a random hole in the ground within your home. Just make sure you put a roof on it outside so if it rains it doesn’t go out.

Second, make multiple pits. This way, you can come home with all the hunted meat, slap em all on at the same time and not waste longer than you need to cooking it all.

Thirdly, fire scares away a majority of the enemies, so if you place a couple firepits around your house, it’ll stop enemies from trying to get too close. 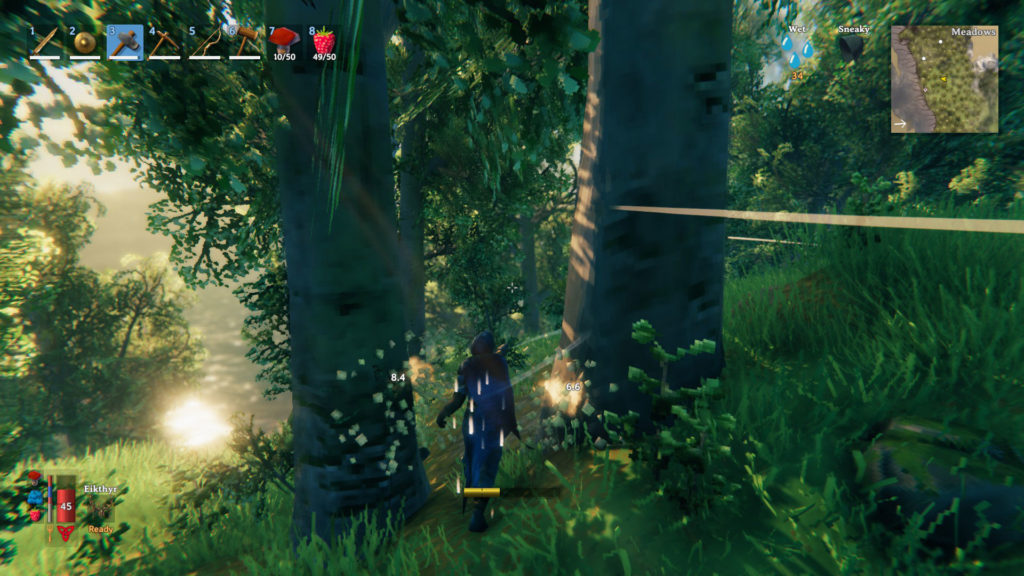 This is pretty much your ultimate move. Stop being a lame ONE TREE CHOPPER, and move on to hitting MULTIPLE at the same time. With the trees having fantastic domino effect physics, chopping down multiple trees at the same time can cause them to crash into each other, or into MORE trees, breaking them to pieces as they fall down, saving you time and axe durability.

Just… make sure you know where they’re falling. 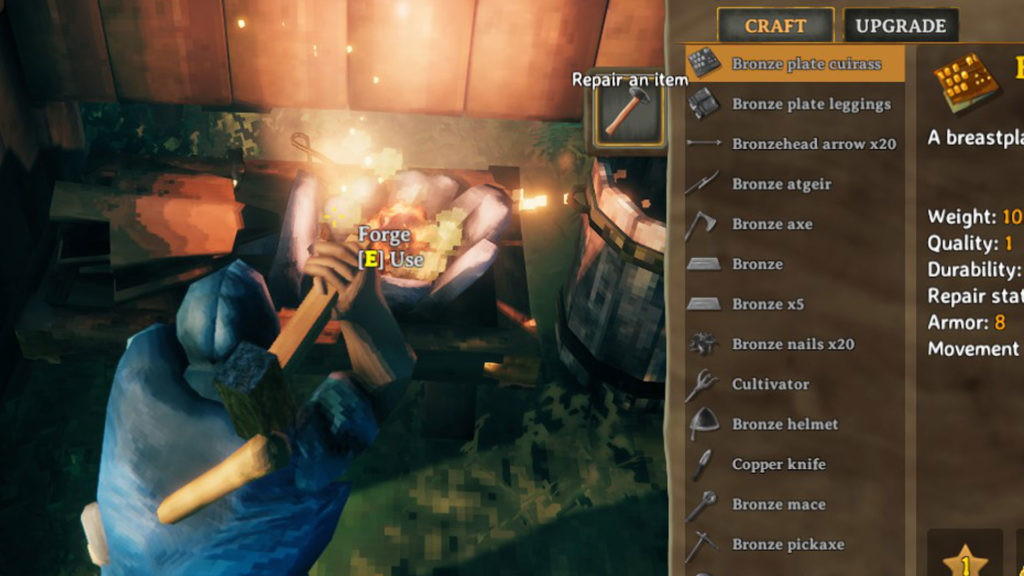 Saw a bunch of streamers crafting HEAPS of tools when their original ones broke, chucking out the old ones. These can be repaired FOR FREE at the crafting station you made them at, and yes, that includes higher quality items crafted at the forge as well. Crafting multiple tools is totally understandable when you’re trying to farm a large amount of items, but if you’re crafting more just because the old ones eventually broke, remember that you can bring them right back to camp and repair them for free by clicking on the little hammer to the left of the box.

#4 | Portals can be renamed 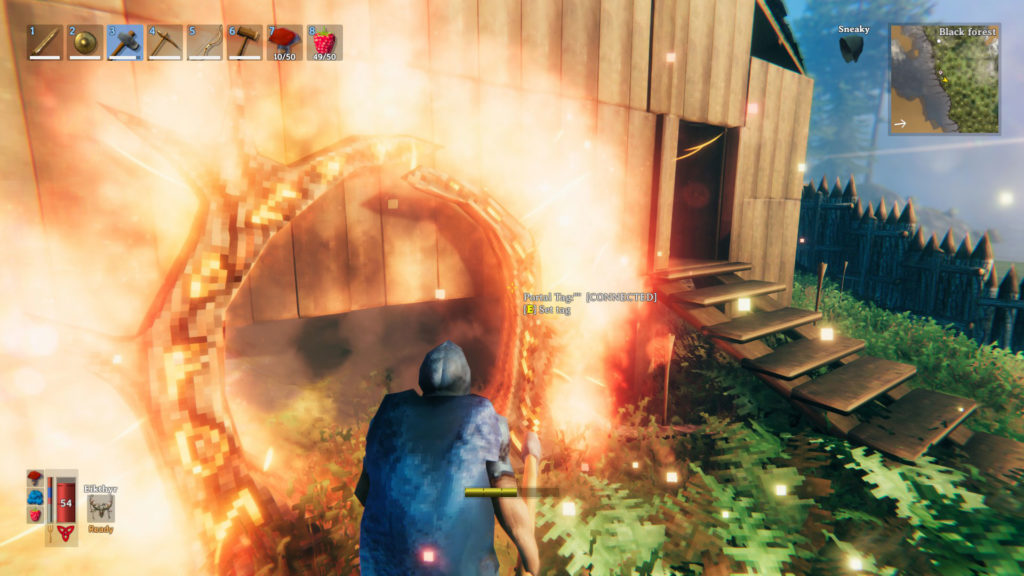 This is a massive time saver. Portals are too expensive to craft, but can save you from wasting heaps of resources if you use them right. You can fully rename your portal, allowing it to connect to ANOTHER portal somewhere else, and as long as you keep track of your portal names, this can be a super easy and efficient way to travel across the world without having to continuously craft portals at your house, filling your yard up with pretty much an Oblivion invasion.

Remember, you CANNOT travel using a portal if you’re carrying rare minerals such as copper or tin BUT you can travel using coal, so instead of wasting heaps of surtling cores on making kilns at multiple locations, you can simply portal back to your house, get a bunch of coal, and then head on back through the portal.

#5 | Floor Boards are not Roof Boards

A lot of folks wanted just a flat roof on their house, not such a pointy one, so they resorted to using floor boards as roofing. Well, let me tell ya, the first storm that blows in will totally rot and break your boards, not to mention it’ll let in pretty much every rain drop possible, soaking your house. Remember, floor boards DO NOT count as roof boards and will definitely take weather damage and not count as being an enclosed shelter.

More workstations extending your plot is one of the most convenient things you can focus on. By simply placing more workstations around your base, you extend the size of your plot, and can go as FAR as you want. You might’ve seen people creating those massive castles or villages all for themselves, and that’s because they’re simply maximizing the usage of their workstations and extending their property lines.

Remember: Workstations create a CIRCULAR building area, so make sure you pay close attention to where the placements are going so you avoid leaving gaps open where you won’t be able to build. 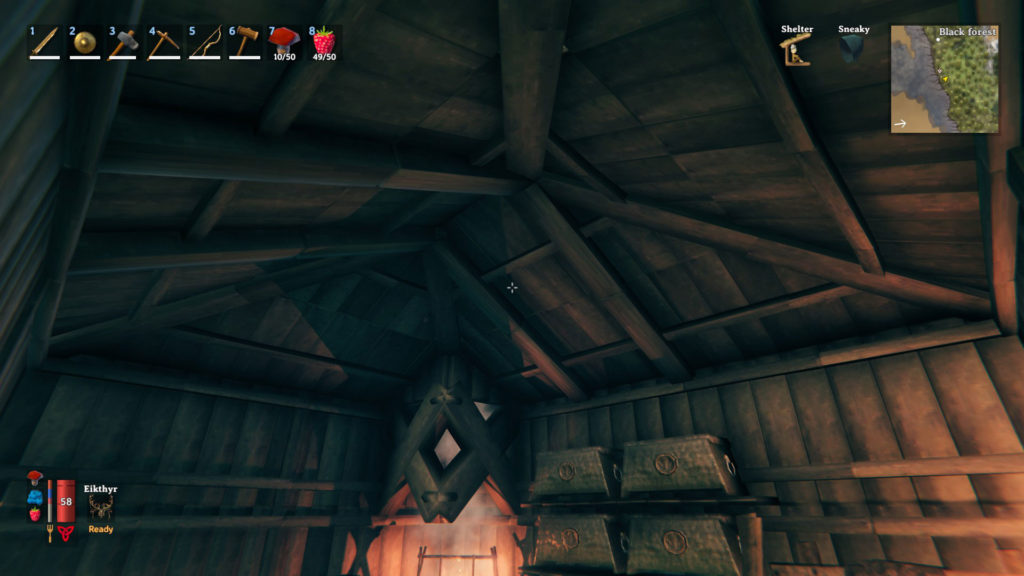 Valheim took me by surprise when my house literally crumbled to pieces before my very eyes. As I wondered what just happened, I noticed some weird looking 2×4’s in my building inventory. That was the moment I realize that this games building was just a step above.

So, if your house is falling apart and you don’t know why, know you do.

Obviously this one is situational, but with the sheer amount of people playing this game I’m sure you’ve got a friend or two online. My wife and I have been jumping between our worlds frequently, because the inventory you have on your character travels WITH THEM to whatever world they go to. That means if you’ve got full Bronze Armor and Bronze equipment in your inventory on your main personal world, you’ll travel with all that stuff to your friends world (which… if PvP is enabled do be careful.)

That being said, this opens up a realm of possibilities. You’re able to travel with your buddy on your server, arrive at your destination, and then when you realize you’re all out of surtling cores to create a Portal, your buddy can hop over to their world, grab some cores, and jump back onto yours, cores in hand. Even just that one example should be enough reason to World hop every once in a while. It can drastically help speed up your explorations and camp building, especially when you forgot to bring some rare items. Not only that, but you could jump onto your friends server, repair all your Forge crafted tools that are broken, and then travel back to your server and continue on your adventure without having to go all the way back home.

#9 | Parry is the strongest attack

Most folks are used to games like Ark or Minecraft have come to just embrace the frantic hacking and slashing attacks that survival games usually stick close to. Well, Valheim has added in a combat technique that I have thoroughly enjoyed in games BEYOND the survival genre, and that is the parry.

In Valheim, performing a “perfect parry” (which is blocking RIGHT before an attack strikes you) will offset an enemy for a short, but highly beneficial, period of seconds. Here, you will be able to freely hack at your enemy knowing they’re stumbling off balance, no fear of them striking back for a couple of moments, and in addition to this you deal CRITICAL damage, meaning that you’re not dealing average damage. Oh no, you’re dealing ADVANCED damage, double, triple, sometimes quadruple the amounts of damage you’d normal deal. Which sound like a pretty good deal to me.

Remember, you can parry without a shield, but you might take some damage still, or may even take full damage from some enemies, a shield for performing parry’s is highly recommended for using it to it’s full potential. 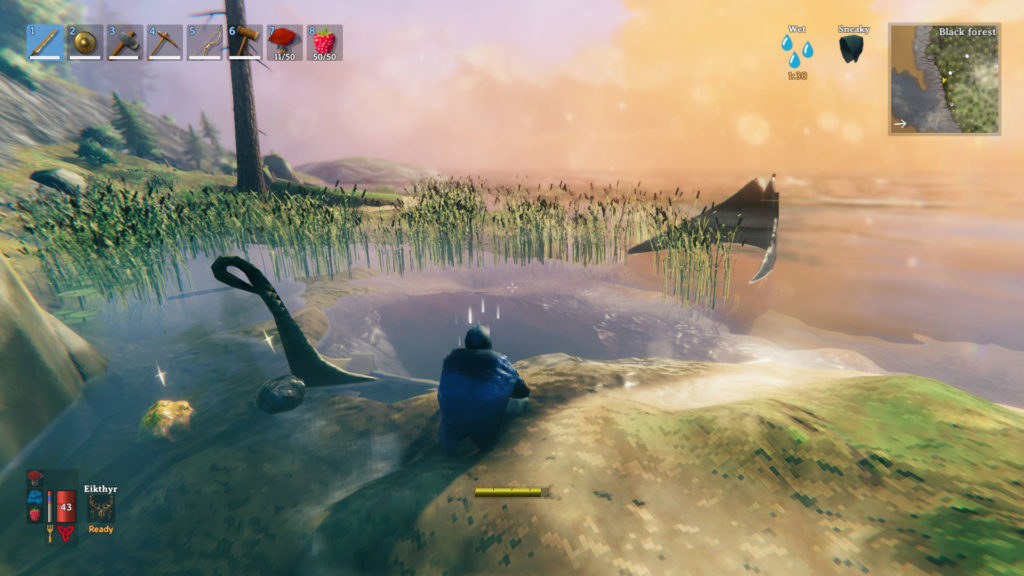 Finally, it’s time for that valuable treasure that folks haven’t seemed to pick up on yet. I was walking by a beached ship, nothing massive, and thought, “dang, if I was sailing, I would have some loot with me.” With that thought, I began to dig, and all of a sudden, like I was all of a sudden playing Sea of Thieves, a big old treasure chest is uncovered!

As of finding about three of these beached ships, I’ve come to notice that you’ll find the chest in various areas of the boat, sometimes smack dab in the middle of them, sometimes at the front (slightly hidden under the ship), and sometimes just nearby. Regardless, these ship treasure chests can actually carry a pretty decent amount of valuable treasure, so don’t just overlook them!