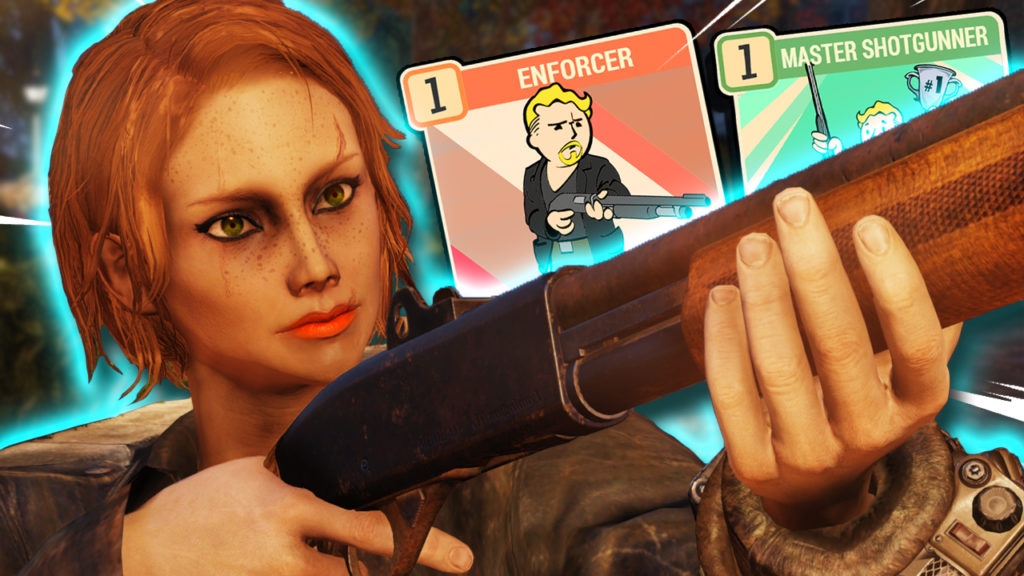 In Fallout 76, Shotguns Builds, if you have some good Legendary rolls, can be some of the most insanely powerful weapons in the game. With them recently being fixed (in the past, you HAD to kill in VATS for the most part because the damage was so high it would HEAL the enemies, haha) you’re now able to take advantage of certain perk cards that used to be useless.

Here is a Fallout 76 Shotgun build to help you get on your way!

Shotguns have various different forms, but because this is just a generic Shotgun build, this can apply to pretty much any Shotgun you acquire (minus the Gauss Shotgun, which you can find a build for right here). There are a couple perks on your Shotgun that you’ll wanna try to roll for, and no matter the shotgun, Double Barrel to combat, these are the perks I’d recommend looking out for to get your damage up!

With Shotgun Builds you TYPICALLY stay out of Power Armor for the most part, just because you don’t benefit a ton from being in Power Armor with shotgun builds, unless you feel like you’re dying a lot. Even then, there’s armor in the game that pretty much rivals power armor in terms of survivability, which is insane.

By the way, quick note, if you’re wanting to use a bloodied build with the Gauss Shotgun (which is where Nerd Rage comes in handy, and damage goes crazy) you’ll want to definitely stick to either Unyielding or Bolstering if you’re dying a lot.

Just like regular Armor, Power Armor also has it’s “better” versions that are pretty much just superior to the rest. If you’re rocking Power Armor with a Shotgun build, you’ll want to get T-65. The T-65 Power Armor provides the absolute highest amount of damage resistances as possible, but also costs a fortune in Gold Bullion to purchase all the plans, so once again, use what you can. T-60, X-01, and Ultracite Power Armors are quite easy to come across just by completing the Enclave and Brotherhood questlines.